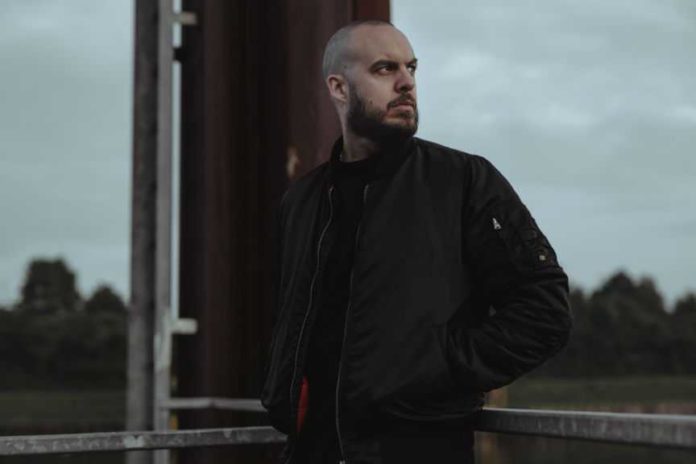 Check out our chat below where Alexis talks about the concept behind the video, and his plans for 2017.

Valarie – Welcome, Alexis Troy. Thank you for taking time out for this interview. It’s a pleasure to have you here.

Alexis Troy – Thanks to you.

Valarie – You’re a German composer/producer, known for funky mixed genres from cinematic, future-hip hop instrumentals to sweaty reggae-ton-beats, to house vibes & everything in-between. For those not already obsessed with you, how would you describe what you do?

Alexis Troy – That’s a hard question. I think the red thread is that I always try to generate a certain atmosphere by using the tools that different genres give me.

There are so many different ways to create a certain vibe musically that I would find it very hard to
stay in one certain genre. Also, my inspiration comes from so many different sources (film, music, art, real life) that it’s hard to channel all that into only one style. No one only watches horror movies. Or if they do – that’s boring.

Valarie – Congrats on the success of “Keta”, your newest single released on Bronko. The video for ‘Keta’
is out now. What was the concept behind the video?

Alexis Troy – We wanted to keep it simple and realistic, so we created an urban sense of loneliness by using the simplest of means, by on the one hand maintaining the realism that I always find very important and on the other hand keeping production efforts moderate.

Valarie – When you create a video, how important is your vision for the project? How do you choose a director?

Alexis Troy – The way I produce music always has something to do with visuals. I often produce a track with an atmosphere I saw in movies in mind. So of course the aesthetic of this visual is the first place I go when I think about a music video for a track. It’s very interesting to see though, how a director who doesn’t know my visual reference interprets my music. I’m lucky enough to know some very creative directors, which will always be the first way to start. When you work on a production on this independent scale, it’s always important that the people you work with share the vision and are not only professionally motivated.

Valarie – The song has a raw, stripped down, intimate feel to it but it’s something different than what you released before. Why the change in genres or was it just a natural progression?

Alexis Troy – It absolutely was a natural progression. Obviously because I don’t have a big fan-base, it was easy for me to change the style. I think a lot of artists want to change their style because they get new inspiration and want to try out new things. Although I think some elements that I’ve already used in past productions remain and will always have a place in my productions. I think the visual/cinematic aspect will always remain regardless of the style.

Valarie – Your music has been used as soundtracks and big campaigns such as Adidas. How did that come about?

Alexis Troy – I think because of my music always being inspired by a visual component or an atmosphere, it obviously works on moving images and campaigns. It’s great to see how a production, which has been inspired by pictures in my mind, works on actual footage.

Valarie – You’ve had some success early on with releasing 2 EP’s (History of Violence EP in 2014 & Nautilus 2005), along with 5 singles. You are also going to be releasing your debut album in 2017. What can you tell us about that?

Alexis Troy – I think the huge difference is that 90% of the tracks will feature vocal artists. So in some sense I am moving away from the soundtrack/score genre.The new album will be oscillating between Trap, UK Garage and House, fresh sounds I dig right now paired with styles I grew up with. I’m staying true to a deeper and darker atmosphere though.

Valarie – Top 5 artists you are loving at the moment?

Alexis Troy – Burial, Travis Scott, Johan Johanson, Lorn, Every artist on my all time favorite Ostgut Ton, as the outlet keeping me up to date with top notch techno productions.

Valarie – Thanks, Alexis Troy for taking time out to talk to us here at T.H.E – Music Essentials. It’s been
an absolute pleasure! Best of luck with everything!