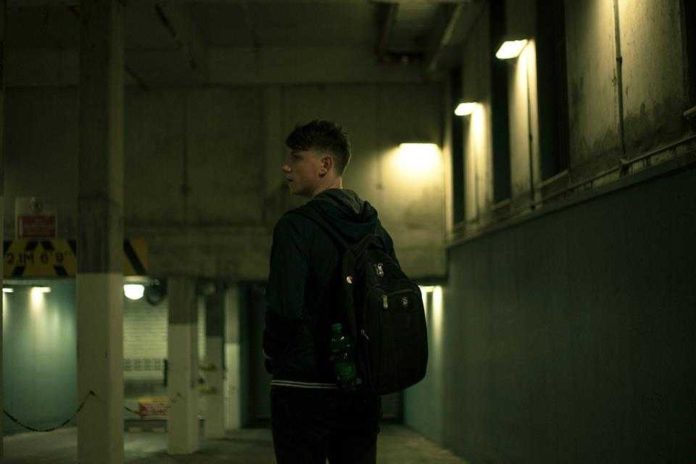 Self-taught, Dublin born producer – EMBRZ, continues to make his impact on the dance music spectrum with his unique, genre-defying sound.

He found success with two massive official remixes, Ellie Goulding’s ‘How Long Will I Love You’ which received almost 7 million plays, and The 1975’s ‘Settle Down’. Both remixes showed his versatility as a producer. Since then, he’s released a steady stream of club hits, including ‘Home’, ‘Lights’ and ‘Breathe’ last year. Having already garnered a great deal of achievements including several Hype Machine number 1’s, high profile remixes, festival performances and with almost 10 million streams on Spotify, EMBRZ is a definite producer to watch for 2017.

T.H.E – Hi EMBRZ, how are you? How are you enjoying your summer?

EMBRZ – I’m good thanks! Oh yeah, lots to look forward to this summer.

T.H.E – As a Dublin-born producer, how did you find growing up in the city? Is there a big scene for underground music in Dublin?

EMBRZ – Ireland is filled with talented musicians, but its pretty rare to find much electronic producers (with the exception of a few seriously talented lads). There is definetly a big electronic scene in Dublin, but its a little more DJ focused. I think Ireland is still a little bit out of touch with some of the electronic scenes in the US. That being said, it’s only a small country.

T.H.E – We hear you’re a self-taught producer? How did you find teaching yourself the ropes?

EMBRZ – I am indeed. After falling in love with Deadmau5 (his music), I downloaded a crack version of Reason. I used it more as a toy to make beats for a laugh. This was maybe 6 years ago now. I suppose like most things you get good over time and it depends on how much work you put into something. Also, god bless youtube and its endless tutorials!!

T.H.E – You’ve experienced previous success remixing Ellie Goulding’s “How Long Will I Love You” in 2013 and The 1975’s “Settle Down” the following year. What was it like to work these two records?

EMBRZ – The Ellie remix was one of those crazy moments. It was a good few years ago, where I was still in the mind frame that this was all a bit of fun. I could not believe the hits it was getting after a few days. INSANE. Same with the 1975 remix, who by the way happened to be one of my favourite bands, so to be asked to remix ‘Settle Down’ was also mad. I started to take things more seriously after these two releases.

T.H.E – The remixes have currently gained over 6.6 million plays and 3 million respectively, as well as close to 10 million streams on Spotify. What have you made of the reception of the remixes and your online following?

T.H.E – Let’s talk about your new track ‘Higher’ off your new EP Progress. How long have you been perfecting a down-tempo melody and progressive style?

EMBRZ – I was and still am a HUGE fan of progressive house music. I lived on artists like Deadmau5, Mat Zo and Jon Hopkins. But my tastes progressed into more atmospheric chilled stuff. I have to confess it was an Irish artist called MMOTHS who brought me down this rabbit-hole.. I think my music is a combination of both these two genres. If progressive house and downtempo electronica had a baby it would sound like EMBRZ. This is isn’t to say it can’t venture out of these parameters. As a producer, its important to challenge yourself and push yourself out of your comfort zone. Which was an aim of mine on the upcoming EP.

T.H.E – ‘Higher’ comes after your first release of the EP ‘Heartlines’. How much are you looking forward to releasing the EP?

EMBRZ – Yeah pretty excited! Been sitting on it for awhile, so delighted to finally get it out in the world. Already working on a second EP 🙂

T.H.E – You will be playing at Beatyard Festival in Dublin and UpNorth Festival in Michigan, what other exciting plans do you have for the summer and beyond?

EMBRZ – Yeah really excited for both, especially the Upnorth gig in Michigan. It will be my first US show, which is one of those bucket-list moments as an artist. Yeah have a few other things in the pipeline, that I can’t mention yet. But I think the last half of this year as well as 2018 is shaping up pretty nicely!