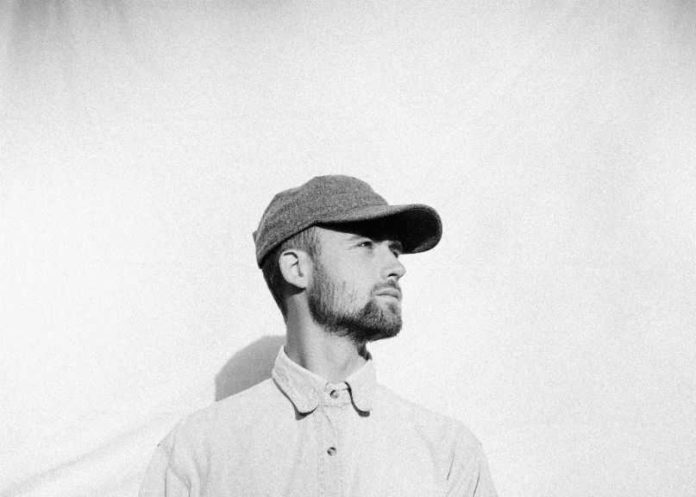 Settled in the space between dreamy folk and electronic melancholy – Haux is the smoky-eyed silhouette of Woodson Black.

Growing up in the Berkshires, the photographer-turned-musician found his voice while wandering the quiet woods and rural landscapes. He narrated life through film photographs, developing a pastoral aesthetic that would go on to inspire Haux.

Read our chat below, where Haux talks about his latest single, early musical inspirations and life outside the studio.

T.H.E – Hi Haux! Firstly, how did you come up with the name?

Haux – Hi! It’s actually half of my mother’s middle name, Michaux. I also changed it out of the traditional French pronounciation to Haux with a hard x instead.

T.H.E – Describe your early musical inspirations growing up in rural Berkshire? Was there a bustling scene in the town?

Haux – Actually, it was very much the opposite! The music scene in the Berkshires is fairly quiet. There is a good arts culture, but it’s primarily aimed at the older people.

T.H.E – Your new single ‘Youth’, a take on Daughter’s release four years ago, accentuates soft basslines and down-tempo beats. How did you find working the record?

Haux – It’s a song that has meant a lot to me personally. So, in some ways, it was difficult to find my own place within it, but I really enjoyed the process. I ended up keeping it minimal and sparce for fear of overproducing.

T.H.E – It’s also an insight into your minimal production work, how has your production style changed over time?

Haux – I think the more time I spend in the studio the more I realize less is more. Despite learning new tricks of the trade, it’s always about economy… keeping what works and leaving out what doesn’t.

T.H.E – The release of ‘Youth’ coincides with the launch of a busy UK tour schedule. How excited are you to get underway with it?

Haux – It was an incredible tour. The UK is a place I forever hold close to my heart. London really feels like a second home now.

T.H.E – You’ve also recently wrapped a host of US shows. Do you find there’s a difference between the US audience and the rest of the world?

Haux – I think the US audiences differ depending where you are actually. So, in some ways, it’s difficult to typecast all of them. But generally speaking I find people in the US a bit more reserved than Europe.

T.H.E – Making your debut at The Great Escape festival in Brighton, sights are now firmly set on Europe. What are your thoughts on touring in France, Germany, Netherlands this month?

Haux – It’s unbelievable really. I’ve traveled more in the last two months than in the last twenty-five years of my life. It’s a wonderful feeling. I can’t wait to be back out on the road again.

T.H.E – What are your top 3 festivals or clubs you’ve played at?

T.H.E – Where can we find you when you’re not in the studio or performing? We hear you’ve always been an avid photographer?

Haux – Yes! You can find me on Instagram! (wdsnblck) OR in real life you can find me out in the woods or on a lake somewhere waiting for the best shot. It’s something that takes me out of the studio and into the wild where I’m not in control of my surroundings, I can only watch them unfold.

T.H.E – What can you tell us about your summer plans? Where can we find you this year?

Haux – I’ll be working on new material all summer. Lots of new things to come later this summer as well as this fall and winter. I cannot wait to share, but at this point I’m really focused on keeping out of sight and creating as much as possible!