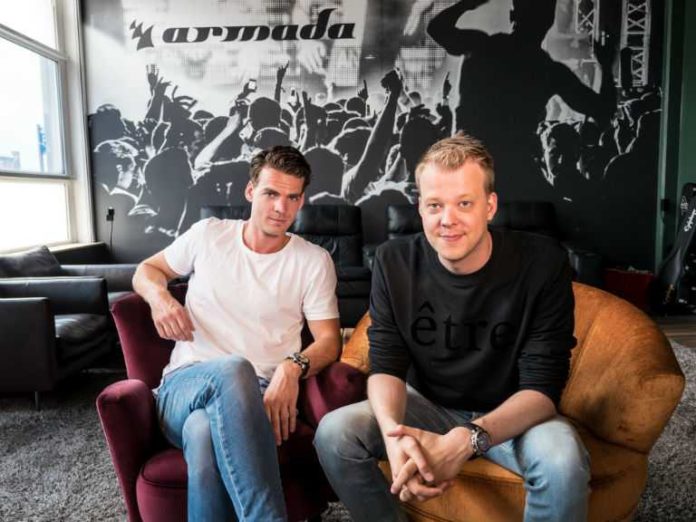 What can we say about Ruben De Ronde and Rodg? The two Dutch Powerhouses recently collaborated for a collective album, Togetherr, which released last month.

Ever since, the album has been receiving some rave reviews and garnering some crazy fan reaction. The album has been so successful, it has now spawned off into an album tour, performances at various festivals including Tomorrowland and many more!

Today, we sit down togetherr (get the album reference?) with these two talented men and ask them a few questions about the album, nick-names, food, fears and much more.

We have seen a lot of artists work on EP’s together, but this is the first time we have seen a collectively produced album coming out. How did you’ll decide to get together for the album? And how long did it take you’ll to complete it?

You’ll both have distinct sounds that one can easily identify and relate to. Rodg’s tracks tend to give off a very chilled out and techno-ish vibe, whereas Ruben has a progressive sound. How did you’ll find a common ground to incorporate both these elements in all of your tracks?

You’ll debuted the album with an ID set at the ASOT 800 stage which was hugely successful and well received. Now you’ll are going on an album tour together. What are your expectations from the tour? Which place are you’ll looking most forward to performing at?

In one sentence, how would you sum up the ELECTRONIC DANCE MUSIC?

If you had to keep a nick name for each other, what would it be?

If you were held at gun point and told that if you didn’t impress them with your dance moves you would be killed, what dance moves would you bust out?

How do you feel about putting pineapple on pizza?

What scares the both of you, the most and why?

What are the last 4 digits of your cell-phone number?