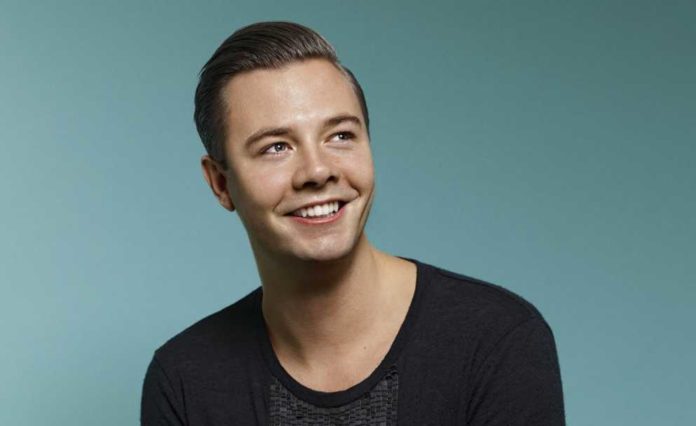 Continuing to rise as one of the leading lights in the music industry, 22 year old Dutch star Sam Feldt has fully emerged as one of the most exciting artists of recent times.

We managed to catch up with Sam right before his amazing pool party during ADE 2016 and spoke to him about the DJ Mag results, advice for upcoming producers, plans for 2017 and plenty more. Have a read!

Akshay – What have you been up to since you landed in Amsterdam?

Sam Feldt – It has been pretty busy. I just returned from a three week tour in the US, then I went to Paris straight after that and went back to Amsterdam, into the whole ADE madness. Did a gig with Spinnin’. The rest of the week has been filled with meetings and interviews. Tonight, there’s the pool party. I’ve always wanted to do a pool party, so I feel excited.

Akshay – You’re an artist who grew a lot in the past two years. ADE is a platform for any upcoming artist, so for you, what should the plan of action be for any new artist?

Sam Feldt – First of all, you need to come to ADE, spend the whole week here, network, but you need music. Essentially, that’s what is going to make your ADE. If you don’t have anything to show to people, you might as well stay home, you know? Make sure you have music that is unique, that defines your sound. Don’t make music that is popular, just because you want to make popular music. You have to have your own style, ask people what they think and you might end up with the right people.

Akshay – Young producers feel the need to make popular music so that they can earn revenue and achieve success in a short duration. What would your advice be for such producers?

Sam Feldt – I tried that for 5 years and didn’t succeed. So I’d say stop it. I tried this from when I was around 17 to 21, to make it as a DJ and never even got a reply. I was in the same position as them and I know what it’s like. The only thing I did was change my name, but it doesn’t have any effect, so you have to change something else, and that is your style. Just going from imitating to completely doing what you want. That’s how music gets created. The track I first sent to Spinnin’ Records took me two months to send it to them, because I didn’t think they would sign it because they were really like Martin Garrix and big EDM stuff. Just share the music that you really enjoy with the world instead of sharing what is already out there.

Akshay – Do you think you have found your sound, or is there still room for some experimenting, continuing to explore your sound?

Sam Feldt – I think that as an artist you’re always developing yourself. So it’s a continuous journey. What I really enjoyed was the fact that I found something that I really enjoy. So I like melodic house. I like deep house, and all these cool things I like from different genres I combined them together, and that’s Sam Feldt.

Akshay – Spinnin’ Records obviously has a lot of talent. Which ones have caught your eye in 2016?

Sam Feldt – I think Mike Williams has been a big find by Spinnin. They have a really good ear for good music, and in finding potential. All their signings are pretty good. There’s too much to name so just listen to my radio show, I put it out every week, there’s a lot of new music out there.

Akshay – This is big news! Can you give us more details? Any collaborations or anything?

Sam Feldt – I’m going to keep it as secret, but the album is going to have 12 tracks. A full sized album, a complete journey into the sounds of Sam Feldt.

Akshay – It’s going to be out next year right?

Sam Feldt – Yes! Early next year. Before that I’ll do two more singles. One is going to be called “What About The Love” which is going to be out end of the year and I just put a teaser of that on my Instagram and I think another single early next year just before the album.

Akshay – Will those be featured on the album as well?

Akshay – I’m sure you must be aware of the DJ Mag results. What is your opinion about it?

Sam Feldt – I entered this year on 87. I was really happy, I must say, because I didn’t campaign at all! So that’s all real votes, no forced voting. I don’t know how relevant all this is! In Asia, it’s doing really well as promoters still look at it. In Europe, no one really pays attention to it. It’s just a nice recognition for me, I am there and I am on the right track. But how high I am, I really don’t care.