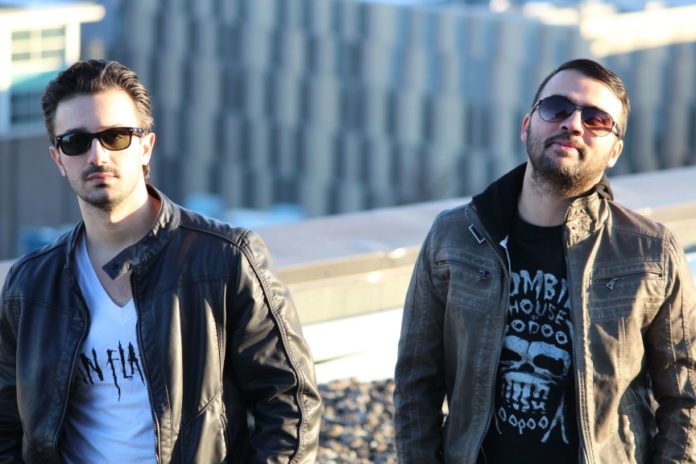 Fast emerging Canadian duo Eagle I Stallian have been making huge noises since exploding onto the Dance music scene over 10 years ago. Heavily influenced by their passion for music, travelling and meeting new people, they have been creating some of the scene’s hottest Progressive House and Trance bombs.

Their hit records such as: ‘Connection Made’, ‘World’s Collide’ and ‘Metric’, have been gaining monumental support from industry tastemakers like Above & Beyond, Judge Jules, Jaytech and Myon & Shane 54 – achievements many aspiring artists can only dream of reaching. We had the opportunity to sit down with the in-demand duo to talk about their career to date.

T.H.E – Hi Eagle I Stallian, thanks for taking time to answer these few questions. How are you and what’s going on in your world at the moment?

Eagle I – Hey, we’re doing great! Our world is crazy busy and we’re loving it! We’ve got so many releases coming out in the coming months and we’re finalizing the details to our 2nd East-Asian Tour, so we’re definitely excited.

T.H.E – How would you describe your style and sound?

Stallian – That’s a question that we get asked a lot and we always say that we’re not defined by a specific style or sound. Although we have noticed that our productions are Progressive, and our sound is a fusion of House & Trance.

T.H.E – Has your style changed in any way along the years?

Stallian – Of course! In our beginnings, we had a very Trance oriented compositional style and sound which funny enough, at the beginning we weren’t primarily fans of the said genre.

T.H.E – Who did you look up to artistically growing up?

Eagle I – We grew up listening to a lot of Metal. A lot of our influences stem from the Scandinavian melodic metal world from bands such as: In Flames, Arch Enemy, Children Of Bodom, etc. At the same time, in the Electronic scene, we are big fans of The Prodigy, Daft Punk, Eric Prydz, Swedish House Mafia, Knife Party and Above & Beyond, to name a few.

T.H.E – How did you get involved in DJing and production?

Eagle I – A little over 4 years ago, we were in a Rock band were Rafi was the singer and I was the guitarist. We had a small studio set up in our rehearsal room. At first, writing Electronic music was simply a side project which through time developed to become our main focus.

T.H.E – Do you consider yourselves more as DJs or producers?

Stallian – Definitely producers. We’ve been writing music over the last decade. We got into DJing during the last 4-5 years.

T.H.E – How did this project start?

Stallian – As we mentioned earlier, it was really just a side project that we thought about doing while we would re-record the album from our former band. But as soon as we started our first track using Ableton for the very first time, the rest was history as they say.

T.H.E – What are the strong points of you guys working together in tandem?

Eagle I – We definitely complement each other throughout our creative work. Rafi has more of that creative angle where he constantly hears melodies in his head. On the other hand, I bring a lot of the technical aspect of the production in the picture.

T.H.E – Do you have any exciting projects lined up this year?

Stallian – Oh man definitely! We’re currently working on our 2nd Asian tour for this coming fall. We recently launched our label, and we have awesome releases lined up in the next 6 months.

T.H.E – Where would you like to see yourselves in the months ahead?

Stallian – Very curious to see how our upcoming releases would do. We’ve been working a lot on bringing back our edgy/Rock roots in our productions and a lot of what’s coming up will give our fans a good taste of that.

Stallian – I would say artists such as Knife Party, Andrew Bayer and Arty. We love their tracks. It’s always a new experience.

T.H.E – If you could choose anyone in the world, who would you like to collaborate with?

Eagle I – That’s a tough one. I’d definitely like to collaborate with Knife Party.

T.H.E – Anything you’d like to add or shout outs?

Eagle I – A big thanks goes out to the great talented artists, Quilla & Brandon Mignacca for embarking on our journey. Max Freegrant & Elliptical Sun Recordings for accepting us as part of their roster. Above & Beyond, for actually playing the remix Max Freegrant did of our track ‘Connection Made’. Last but not least, our friends & family: it is unbelievable how their positive energy have kept us pushing forward, strengthening our resolve to pursue our lifelong dream.

More information on the duo can be found here.