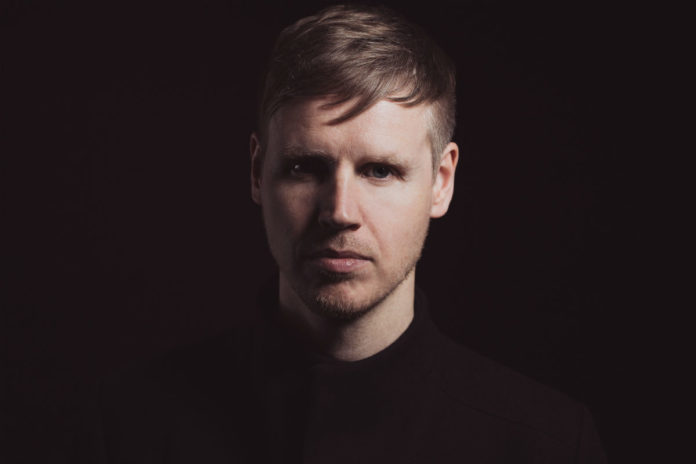 Despite chiefly being known as an artist who moves dancefloors, Joris Voorn has always made clear his intentions to be known as more of a musician in the traditional sense.

Steadily releasing three acclaimed studio albums that display his keen sense of musicality, mood, and arrangement, he has proved that he is highly accomplished at providing more than just dancefloor fodder. His fourth album ‘\\\\’ [four] has now been unleashed: the glorious pinnacle of his studio efforts to date.

We spoke to Joris about his new album, and his thoughts on the techno scene.

T.H.E – Congrats on the new album.

Joris Voorn – Thank you very much!

Joris Voorn – It’s inspired by the V in my logo. The idea was that we were going to use the V as backslashes, which have also been a recognizable symbol on all my different singles. Also, this happens to be my fourth album, so in that sense, it all came together.

T.H.E – How long have you been working on the album?

Joris Voorn – It’s a long time, but very much worth the wait.

T.H.E – How did the album come about?

Joris Voorn – It’s a collection of tracks I’ve worked on for the past years, inspired by the mid 90s electric scene in Europe. Some tracks were even made from before ‘Nobody Knows’, my last album. The album is a fusion of different aspects of music that fit and work alongside each other as a whole.

T.H.E – This is your 4th album. Would you say this was the toughest or the most challenging one you’ve ever worked on?

Joris Voorn – Every album has its own challenges. I think the previous albums might have been a bit easier, because nowadays I am much more of a perfectionist when it comes to approaching the music. But I think that the result does sound a lot better musically.

T.H.E – Theses 14 tracks, how did you know that the album was done? What was that moment for you?

Joris Voorn – When the label and I got together, we all listened to the entire thing. We put the tracks together and we just knew. Everything just fits like a puzzle.

T.H.E – Right! Does this album sound a bit different, compared to your previous ones?

Joris Voorn – Yes, the inspiration was different too. This album is based on the mid-90s rave culture in Europe. With my previous albums, the inspiration came from Detroit techno where I worked with different organic sounds. With ‘\\\\’, I went back to more classic vintage-sounding drum computers and synthesizers.

T.H.E – Right! Speaking about the techno scene, we have seen it grow massively over the past few years, from an underground genre, to something that is dominating mainstages across the world – for eg, Tomorrowland.

So what are your thoughts in terms where it’s headed? Do you feel it’s a good sign that it’s becoming popular?

Joris Voorn – Definitely! Music always changes, so maybe the current techno sound is a bit more mainstream then what it used to be. Some of the techno DJ’s are playing tracks that are a bit more accessible, including me. I think people like change. I’d be very bored if everything would remain the same. It’s also why all of my albums sound quite different from each other.

T.H.E – After the album is done, you would also be going on an album tour?

T.H.E – Do you have plans to take that all over the world?

Joris Voorn – We are going all over the world for sure. We will be bringing the sound of the album everywhere until April – May next year.

T.H.E – Are your dates and everything already locked?

Joris Voorn – A lot of it is locked already, yes. But we have only revealed dates till January 1st, 2020. Soon, we will publish the second part of the tour.

T.H.E – How was Amsterdam Dance Event for you?

Joris Voorn – It’s been great this year once again! ADE itself is getting bigger each year, there are always so many events. I wonder if it’s going to grow even bigger next year.

T.H.E – For next year, which Techno artists do you feel we should keep an eye out for? Any upcoming artists who deserve recognition?

Joris Voorn – There are so many, these days. A lot of talent! If I have to name one, Colyn from the Netherlands, I really think is amazing. He’s released an EP on Afterlife. His track called “Amor” is absolutely one of my favorite tracks this year.

T.H.E – If you want to go for a cup of coffee, where do you usually go in Amsterdam?

Joris Voorn – There’s one place I always go which is close to my house called, Toki. They have really good coffee and it has great cakes as well.

Joris Voorn – Thank you very much!