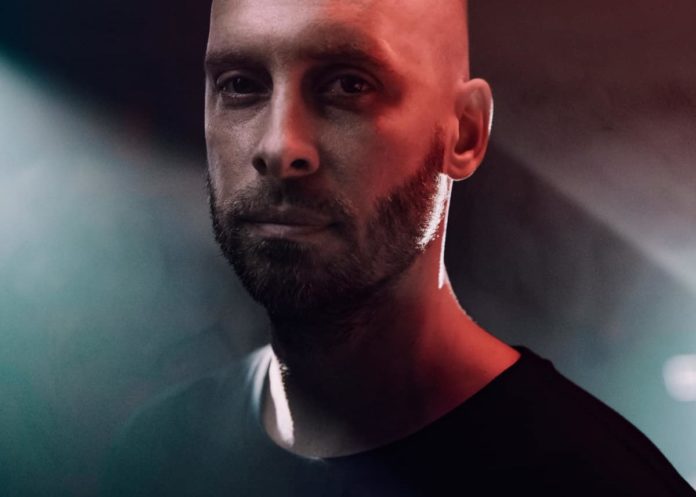 This Belgian artist has had his tracks played by some big artists such as David Guetta, Kolsch, Solomun and Tale of Us and is establishing himself lately, as an artist to look out for!

His track “Renaissance” was a big break for him and since then he’s brought his debut album “Closer, You’re not alone” and a new club single “Silence” out.

We had a nice catch-up at the Armada headquarters during ADE 2021.

Elsi – Hi Maxim, welcome to T.H.E and ADE2021! Finally, a bit of normality again, how has the world re-opening been going for you so far?

Maxim – I think like for everybody it was with a lot of ups and downs of course. In Belgium, we have been able to do some terrace shows in July, which means that people got to see things and I got to play. So, it was literally built up again. It was not like we imagined from one day to another we could party, it wasn’t like that. I had to build up through the summer and then had a festival in Belgium which was Extrema Outdoor with 25.000 people. So, it’s kind of you know, I imagined it differently prior, when I said, oh, it’s going to be a crazy day that first day, but there was no first day. It was just gradually, but it’s special anyway. Look at this week, we had two amazing shows here in Amsterdam, meeting other people and I just said in another interview that it’s my best ADE so far. It’s really strange because everybody said that it’s not the same but it’s the best!

Elsi – I guess it’s a bit different indeed because it’s slightly more intimate and you have a bit more time for things because it’s not super, super busy.

Elsi – What were some of your favorite artists growing up and that you looked up too for your musical development?

Maxim – Well it’s not per se the sounds that I play now. I’ve always been a fan of Bob Sinclar because he’s always been there for one and if not with a single, it’s a CD or a vinyl and everything.

For me, he confirmed the work ethic and the power through the pandemic. There’s not one single artist who did more live streams than him. He live streamed from his home 51 days in a row. This was insane! And I started looking and looking and I said, well, I wish I had this kind of energy as well. Why am I saying this? It’s important that people understand what it’s about, you know, this work, the believing in yourself and just never giving up. This is what he’s doing and so for me, that’s some big inspiration. It’s not music that I do, but I love to listen to it. There was a thing on YouTube, you need to check. It’s a video that he’s playing a popup set from a balcony in Paris and people didn’t know. This gives me goosebumps just by thinking of it!

Elsi – What’s one of your favorite memories while breaking through in your DJ career?

Maxim – Everything seems new because it’s all been happening in the past years since I’ve been working with Armada. But of course, when David Guetta, Tale of Us or Solomun plays your track every week and then you’re looking at the video, you ask yourself, is this real? Okay? It’s really happening? It’s not my music on my phone today, you’re literally looking at this video wondering, okay, how did this happen? Because I’ve been doing this for a long time and “Renaissance” was kind of the second wave from me. You know, it was a Monday and on Sunday evening David Guetta played it at Ultra closing. He literally stopped the music and then screamed; this is the sound I’m going to do! Now, two years later, he played this as rave, his new sound and he kept his promise. I sent him a WhatsApp this morning and we’re still in contact. So that’s one of the things that makes me happy and proud.

Elsi – I can imagine as he’s also No 1. again this year and you can just WhatsApp him!

Maxim –Yeah, it’s so cool. He just told me at one point, no don’t email me, use WhatsApp and I was like, ok!

Elsi – I think then you’ve made it!

Elsi – In August you release your album “Closer, you are not alone” and a few weeks ago your club single “Silence”, is there any relation between them or are you now focusing on something new?

Maxim – The relation is that both were made during the pandemic. I worked on the album, but not with the idea that I have to make an album, it just happened. I started making music because I was alone at home, not being in the office and not seeing other DJs. The tracks were all in kind of the same vibe. Then next to it, I was working on other tracks, this was “Silence” for instance.

I played it on a live stream with the airplane in Brussels airport and I just spontaneously posted it and asked, should I release this? But this never works on my Instagram, and this just exploded, I think 20.000 views or 40.000 views and people said, yeah release it! So, I sent it to Armada saying, I think we should release this though let’s do it just after the album so we have this balance of the album with the vocals and then this club sound again in September.

Elsi – You have quite some big names supporting you and playing your music (Kolsch and Solomun being two of my favorites), is there anyone in the future you would really like to work with?

Maxim – Always, I’m always looking who can work with? I’m also a huge fan of Tale of Us. They also played my music and we keep in touch from a distance and I think we respect each other. If the time is right, we can do something and we’ll see.

But you know, I’m a fan of a lot of people and just like yesterday met Like, a new artist, also an amazing vibe and mazing sounds.

I met Nina Kravitz yesterday. I was really star struck, I never had this before and she’s really something else. It’s her personality, this vibe, it’s like a glow around her and this whole room was vibrating on itself. It’s not even a sound that I know or understand or like. It’s really fast and hard, but the vibe is crazy. It’s totally not overrated, she really is that person.

Elsi – With things getting busier, do you intend to keep going with your radio show for Studio Brussel or want to move on to something new in the future?

Elsi – Great stuff and that being one of the achievements you want to get out in the coming year, what else do you personally hope to achieve between now and ADE2022?

Then we’ve worked on a really big project just between the two openings in July. I went to a big studio in the South of Holland and I recorded for the first time with a whole bunch of artists, key players, guitarists, everything. We made a six-track mini conceptual album and the idea is to grow with this and next year to present this live at ADE. There’s a long road ahead of us but I feal confident it’s realistic!

Elsi – Thank you so much for the interview, always nice meeting a fellow Belgian!

Maxim – Thanks! My ADE is over, I’m going home!