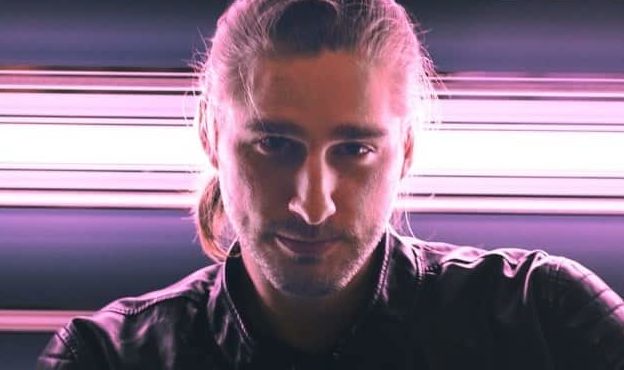 Mike Bello kicked off his dance music career just over a year ago and has seriously impressed ever since.

Mike has gone on to be enlisted for official remix duties of the major 2020 release ‘Sick Lullaby’ by Oliva Addams and has collaborated with the trailblazing Japanese DJ Takahiro Yoshihira. His latest release ‘Plug’ is a gritty Electro House track with tones of percussion and wildness that makes you want to move so we caught up with Mike to discuss more about his latest release.

T.H.E – Tell us more about the story behind ‘Plug’?

Mike Bello – When I started on ‘Plug’ I wanted to create something grittier than my previous tracks and had decided that I wanted to try out more of an Electro House vibe. I actually started this track with the build-up, and as I was working on it, I was kind of searching around in my mind for the type of sound that I wanted for the drop. By the time I had the build-up sounding good, I had the gritty lead sound of the drop in my head and went straight to work on creating that sound.

The bass sounds and percussion are also a very huge part of the drop and I spent a lot of time on those elements to get them sounding just right. I wanted something with a cool and interesting interchange between the percussive and melodic elements, and the placement of those bass growls and stabs played a huge part in getting the high-energy vibe that I was going for.

T.H.E – Where were your goals going into making this release? Did it live up to your expectations?

Mike Bello – I wanted to take this track in a slightly different direction than my previous songs. I guess you could say the elements that I was looking for were grittiness and exciting percussive sounds. I really like playing around with the way different sounds can interact with each other and using rhythmic patterns to give those sounds a whole new character. So that was basically the goal for this one, to create something that was gritty and exciting with an emphasis on the percussion and rhythm.

The end result actually exceeded my expectations a bit. I really like the groove of this track so I think this type of sound is definitely something I want to move towards more in the future.

T.H.E – Who would you like to see supporting ‘Plug’?

T.H.E – Do you have a favourite part of the track?

Mike Bello – That’s definitely the drop for me. I really love those bass growls that pop through in-between the percussion and synth hits. It gives the track an energetic and constantly moving vibe. I’ve been listening to a lot of Monstercat releases lately, so I think that’s had a big influence on my musical taste. Yeah, the drop is definitely my favourite part.

T.H.E – What’s your creative process when making a new track?

Mike Bello – When I’m starting a new track, I like to approach it with the mentality that I’m trying to do something that I’ve never done before. So for example, I might try to start the song in a different section than I did last time, or maybe I might try to focus on a different element of the music. The way I did that with ‘Plug’ was to develop a lot of the percussive rhythms first instead of the melodies which are what I usually do.

So basically, if I can find a way of doing things that makes me have to think differently than what I’m used to that’s what I’ll do. I find this has helped me a lot with coming up with ideas and finding inspiration at the beginning of a track. Once the idea has been started and I’ve got the ball rolling then I usually just start hearing ideas in my head and it becomes a much smoother process from there.

Mike Bello – It’s been great! I’ve had a lot of great feedback from my fans on this one so far and it’s also been supported by Jewelz & Sparks on their show Rush Hour Radio a week before the release.

It’s been amazing to hear all the great feedback from my fans and that’s the most important part for me. They’ve been sharing and supporting it all over social media which is just incredible to see. It makes me even more excited to work on my next release and I’m infinitely grateful to all of my fans for that!

T.H.E – What was it like working with Harmor Records?

Mike Bello – Harmor Records has been great to work with, they’ve been like a family. They’ve always been incredibly supportive, and they’ve helped me to be able to focus more on making music while they prepare the other parts of the release. ‘Plug’ is now my fourth release with Harmor Records and you’ll definitely see me releasing more with them in the future.

T.H.E – Are there any more releases we can look forward to?

Mike Bello – Definitely! I’ve got two new tracks I’m working on at the moment. One of them is more of a Bass House style track and the other is a bit of a fusion between Synthwave and Electro House. I can’t wait to show some teasers to them soon!

T.H.E – Finally, where can the people go to grab their copy?

Mike Bello – You can find ‘Plug’ on all the major music platforms, including YouTube, Spotify, and Soundcloud, and you can buy it on Beatport. 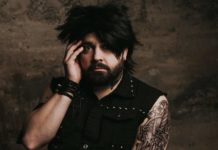