Talented and upcoming DJs and producers Nanoviola and Yantosh teamed up for the first time to deliver a banger that will surely make a ripple during this summer festival season; ‘Feelings’ was released via Future Rave Music, and saw the two artists join forces to bring the best of their signature sounds and styles to the mixing table.

As this Future Rave anthem continues to reach listeners all over the world, we asked Nanoviola and Yantosh to tell us more about the production process and the experience of working together, this is what they said.

T.H.E – Hello Nanoviola and Yantosh, how are you?

Nanoviola And Yantosh – Hey, we are feeling great after our new release!

T.H.E – Can you tell us more about your collaboration? how did it come about?

Nanoviola – I had an idea that I definitely wanted to show Yantosh, the sound that loomed in the track was very suitable for a collaboration together, I was sure that Yantosh could complete the idea of the track and give it a massive sound with his Future Rave vision

T.H.E – What was the initial idea for ‘Feelings’? How did the production process start?

Nanoviola – At first, I created a melodic idea, which was designed in a drop, I also added a vocal part that I found in Splice. I really wanted to add strings to the track, but not only the pure acoustic sound, so I started experimenting with a new (for me) preset “Infected Mushroom/ Polyverse Music – Gatekeeper”, so you can hear the effect superimposed on the strings, which perfectly suited the sound in electronic music.

Yantosh gave the track a massive sound, processing the bass and vocals, and creating the atmosphere, also the mixing and mastering was done by him personally.

T.H.E – Were you looking for something in particular when producing the song?

Yantosh – Well, we tried to bring some new elements to Future Rave. And as we all know, Nanoviola has great skills playing the viola so we didn’t hesitate and added some beautiful viola parts.

I think it did go well in the end!

T.H.E – Are there any influences or sonic references for this track?

Yantosh – Constant listening to new music and new playlists, including Techno, inspires new creative ideas every time, I can’t name one track in particular, this is a musical mix of all the latest novelties.

T.H.E Did you discover any new sounds or elements during the production process?

Nanoviola – Regarding new elements that turned out in production, is the experiment with strings and the effect that I already described above, the plugin Gatekeeper. I will continue to use it and experiment with it.

T.H.E – How long did it take you to finish this song?

Yantosh – It took us about 2 or 3 months to finish it.

T.H.E – How would you describe it to someone who hasn’t listened to it yet?

Yantosh – It’s a track that can fulfill your “Feelings” because from the soft viola playing in the beginning you go to the heavy drop part that’s connected with a melancholic vocal.

T.H.E – In which ways does the track showcase your individual style and sound?

Nanoviola – from Yantosh, the track has his characteristic Future Rave sound which is bright and fresh. From me, my signature viola and both my typical leads and bass sound.

T.H.E – What are you currently working on? Any exciting upcoming performances or releases?

Nanoviola And Yantosh – We are both working on lot of new music and focusing on the summer festival season as well. Thankfully, many of our tracks are going to be released later this year. So, stay tuned! 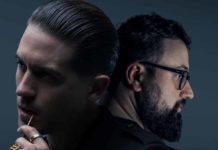