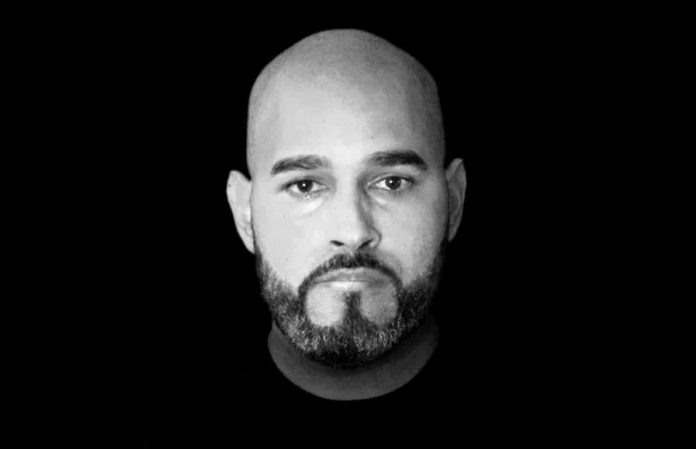 New York based music producer RJ Hernandez is one of the most sought after talents in the trance space, in the recent past.

Working on quite a few uplifting productions that have made noise even pre-release, RJ Hernandez has now dropped ‘Frozen Sun’.

We caught up with RJ Hernandez to learn more about his new single, his love for trance music and more.

Pavan – Hey Hernandez, a very warm welcome to T.H.E Music Essentials and we’re glad to have you on this edition of T.H.E Interviews! Tell us what’s happened over the past few months with you!

RJ Hernandez – Thank you, thank you so much! Well, over the past few months, I guess you can say I have been keeping myself busy in my studio working on some new track and remixes. Mostly trying to find and perfect my sound.

RJ Hernandez – Trance music. Wow! Something I have loved since I discovered it back in 1998 – 1999. What can I say…? It is a way of life. It is a feeling. It is a style of music, that will always put me in a great mood. It will always bring inspiration to me.

Quite honestly, my love for Trance (especially Uplifting Trance) has no words. It is an extraordinary feeling that cannot be described with words. Only with music. I suppose that is where I let my music production and DJ sets sort of speak for themselves.

Pavan – You’ve just released a new single ‘Frozen Sun’ and that’s quite an interesting name! Tell about the song and how you went about with the production.

RJ Hernandez – My new single Frozen Sun – I would have to say, it is a song that, for quite some time now, I wanted to put together the way that I did – with a deep melodic breakdown with high pitched sounds driving the break before the main arpeggiated leads start to come in and take you away.

I guess I kind of came up with the name Frozen Sun when I was in the middle of constructing the breakdown of the song. As I was trying to bring to life what I was hearing in my head, I turned to Arturia’s DX7 plugin to try and create a sort of cold, high pitched synthesized bell, layered with a high octave cold FM synth sound, and thus the name “Frozen” came to mind because they sound so cold.

At that precise moment too, I was thinking about an older track of mine that you guys reviewed a while back called Solar Storm, and from there came the “Sun” part of the name. At that point, the name “Frozen Sun” was born

Pavan – How did you start producing trance music in particular? What inspired you?

RJ Hernandez – It all goes back to 2002 – 2003 when I was playing nothing but Trance – I felt like this was something I wanted to do. I wanted to be able to make Trance music and tell a story with my music.

By that point, I had already practiced, and learned the basics of music production, by hanging out in real major recordings studios with some producer friends. Yes, I had some questions, but I did not ask those question because as they are producing House music – House is not Trance and vice versa.

Obviously, the productions, especially the mixdowns of House and Trance are different and I knew my questions were likely to remain unanswered. But again, I learned the basics of recording and mixdown. I tried my best at the time to put together some Trance songs, but they felt and sounded amateurish – they were lacking everything: clarity, depth, dimension, etc.

So, I put them on the back burner and called it quits from music production until 2017. That one summer day the questions I had finally got an answer. I was sitting in front of my house thinking about how I want to start producing Trance music again, but I want to learn the right way of making Uplifting Trance.

Everything from creating the layered basses, to the layering pads, layering leads, mixing it down properly so that my music sounds consistent with the uplifting Trance that is out, etc.

My google search brought me to Sam Matla over at EDM Prod. I bought his start-to-finish course, and wow, from that point I guess you can say, I really got into high gear. I already had the basics down packed, but what I did not know, I had learned through that course.

Later, the next year, I ran into Allan Morrow’s tutorial. Those were a Godsend. He must be one of the most talented and knowledgeable Trance producers out there. Those tutorials helped me bigtime with my mixing and overall music production.

Pavan – Has the lockdown helped you in making more music? Is there something new we can expect?

RJ Hernandez – Yes, in fact the lockdown has helped me become more proficient – as I am quite sure it was for all the DJ’s and Producer in the industry. And yes, I have been able to use my time in lockdown wisely and thus 3 more tracks will be on the way over the next few months.

As we speak, I have a single that just got signed to Tecnomind Uplifting – release day is pending on that track. I will be keeping you guys posted as soon as I know more

Pavan – Finally, what do you have to say about your plans for 2021?

RJ Hernandez – As far as these first 6 months of 2021 goes, I think most of the plans (and New Year’s Goals I made on January 1st) I have put in place have been accomplished.

One of those plans being trying to land a Trance gig or two here in New York where I can finally get back out there and DJ / perform to a live audience – and finally on June 19th I will be performing my first Trance gig since lockdown here in New York City.

With more music coming out over the next few months, I believe that by years end, my plans for 2021 will have set the table for what is to come in 2022 – especially with clubs and festivals all over the world slowly starting back up.