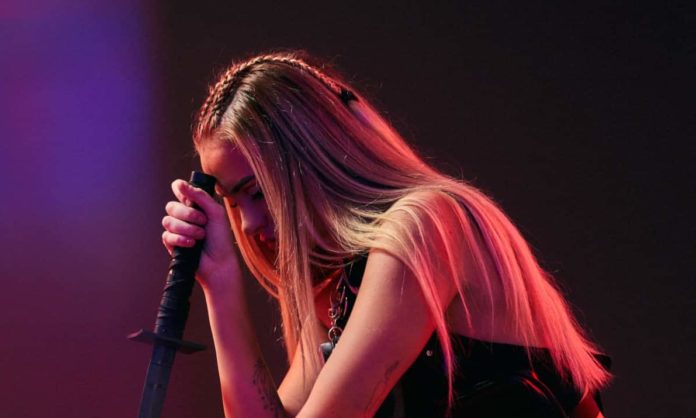 Dropping ahead of her debut set for Triple J mixup on June 29th, ‘purgatory’ is sammythesinner’s first original release after stunning debut ‘Sweep’.

We caught up with Sammythesinner to learn more about her solo debut release, her plans for 2021 and more.

Pavan – Welcome to T.H.E Interviews Sammy! It’s great to be conversing with you in this edition of our interviews. How have things been over the past few months with you? How has the summer begun?

Sammythesinner – The past few months have been manic but rewarding to say the least. I’ve polished off my debut EP which has been signed to Onelove, featured a guest mix on Triple J Mix Up and supported some huge artists such as Montell and Netsky. Next month I’ll be supporting both Dimension and Godlands which I’m super amped about. Its been wild but I’ve been loving every minute of it.

Pavan – How has the music scene been down under in these tough pandemic times? Has it had an effect on you?

Sammythesinner – We’ve been super fortunate here on the west coast. The pandemic only really affected the music industry for a few months early last year. It was tough but I took advantage of that downtime to delve deeply into honing my sound which well and truly paid off.

Pavan – After your first release ‘Sweep’ which got a lot of success, you’ve now revealed a new track in ‘Purgatory’. Tell us about the track.

Sammythesinner – Purgatory is my debut solo release, so I felt that it was important to merge all sub-genres that I love into one production to give my audience a taste of what’s to come.

Pavan – What inspired you to make this song and is there a story behind it? The main inspiration behind it?

Sammythesinner – I wanted Purgatory to be a soul cleansing tune for the listeners; something to get ravers on the dance floor, repenting their sins. The essence of the track is supposed to be sinister but soul fueling which is actualized when the bass drops.

Pavan – You’ve been reckoned as the Aussie femme drum and bass upstart to keep a close watch on – how do you feel having received such great reception?

Sammythesinner – Honestly, I am overwhelmed with the support I’ve already received. Nothing drives me more than having such a great network of people who believe in my creativity. It truly has me hungry for what’s to come.

Sammythesinner – Expect a whole lot of fresh originals/remixes and performances. I have some absolute monster tracks on their way that I cannot wait to share with you all.

Music Akshay Bhanawat - October 3, 2022 0
MOGUAI runs it back to 1998 with the re-release of his classic hit ‘Beatbox’, enlisting CASSIMM and Kryder for two very different sounding remixes. ‘Beatbox’,...

EDM News Akshay Bhanawat - October 2, 2022 0
In what shall be the last show of the year inside the impressive dome, the show will take place at the Montreal Biosphere, a...
ABOUT US
What started as an interest, slowly turned into a passion, and before we knew it, we had curated and founded a thriving community of avid electronic dance music lovers.
FOLLOW US
© Copyright 2022 - T.H.E Music Essentials