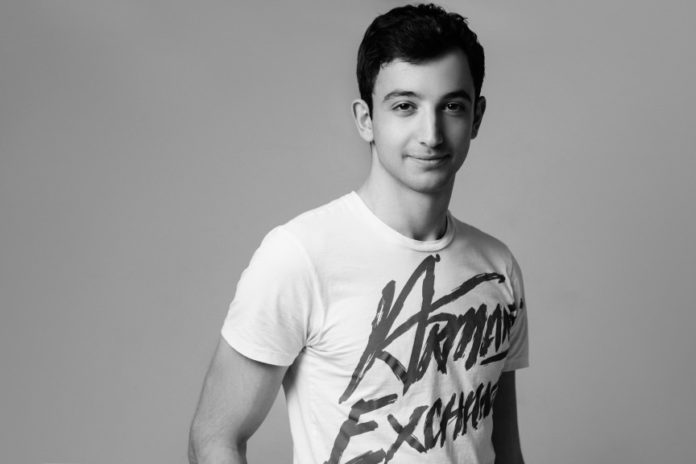 Boasting a highly-original blend of Progressive, Melbourne and Future House inspirations, Schwartzvegas is quickly becoming a widely talked about name within the Dance music industry.

Hailing from Toronto, Daniel Schwartz, the man behind the Schwartzvegas moniker split his time between his hometown, New York and Miami by the time he was 20 and he’s been able to draw a wide array of influences from his travels.

Having spent countless hours in the studio, experimenting with new sounds and flavours, he has recently come up with a stellar release by the name of ‘Victorious’.

Taking a closer look at his immense production skills, Matt Caldwell PR decided to have a chat with him to unveil some of his tricks and get to know how he got it all started.

Matt Caldwell PR – Hey, thanks for talking to us about the production aspect of your career. How did you get started in music production and how did you fall in love with it?

Schwartzvegas – That’s a big question and I’m happy to answer it. I guess you could say I was fascinated by DJing and slowly but surely I realized that the “DJ” aspect of things was only a small component of the whole “music production” thing…if that makes sense. In short, I used to love DJing and I still do, but it was a transformative transition. I just became fascinated and addicted to producing and the “what’s inside” of a song.

Matt Caldwell PR – How long have you been involved in the production business?

Schwartzvegas – A few years now. I’m very happy that I persisted and never gave up – that’s the key to success. But production became increasingly an important part of my life. It started off as more of a hobby and something I’d do when I was bored or wanted to kill some time, but that changed rather quickly to something a lot more serious.

Matt Caldwell PR – How did you develop your music production skills and talents?

Schwartzvegas – It starts with a passion – and while there are lots of ways to develop your skills and talents, just taking some time to listen and analyse some tracks that inspire you is a great way to do that. But the world of production is filled with infinite combinations and possibilities. Music production is a friendly animal to the amateur, but it’s something worth sitting down and tackling, if you love it enough – results will come. After all, patience is a virtue of the strong. ;)

Matt Caldwell PR – What’s the typical process you go through when working on a new track?

Schwartzvegas – I have to be in the right state of mind and I am big on inspiration too. I’m not afraid to point to my favourite artists and say that they inspire me to do what I do. New music is like baking a cake to be honest – most of them need flour, sugar, milk and whatnot, and from there the possibilities are infinite. New, experimental melodies are always fun to work with and often turn into something a lot bigger. Also, make sure you have snacks and drinks nearby. Time flies in the studio and it’s incredibly tough to focus if you’re thinking about food – this might sound silly, but it’s not.

Matt Caldwell PR – Do you treat instrumental projects differently from those with vocals?

Schwartzvegas – Not all that much honestly. Vocals are just a supplement that often makes the track sound a lot better. They’re an ingredient…they’re the icing on the cake – amazing if done right.

Matt Caldwell PR – How long does it usually take you to complete a new production?

Schwartzvegas – Quality over quantity to be honest. That is to say, I’d rather take a month or two and have half of an amazing song done than take a day or two and finish a low quality tune.

Matt Caldwell PR – Walk us through your current production setup.

Schwartzvegas – The best producers in the world don’t necessarily have the most equipment…I think that is very important to note. Of course I have my computer and mouse, studio speakers; I have an Ableton Push which is a unique tool, a few midi controllers and keyboards…nothing exceptional to be perfectly honest. It’s not the equipment that makes the producer I think.

Matt Caldwell PR – Which plug-ins do you deem essential to achieve your desired sound?

Schwartzvegas – My favourites are well…the classics of course: Massive, Sylenth, Nexus, Serum, Kick by Nicky Romero I think it’s called…that’s a fun one that yields great sounds. There are lots of great LFO ones for sure…I could go on but there are just too many good ones. Of course, what’s a plug-in question without the ol’ Sausage Fattener?

Matt Caldwell PR – Are you planning on adding any new software or equipment to your setup in 2015?

Schwartzvegas – Absolutely. I’ve been fooling around with Bitwig a bit…that’s a pretty crazy piece of software. I always keep up to date with the new Native Instruments plug-ins…those are a must have – same goes for Nexus updates. There’s always more to be had in the world of production.

Matt Caldwell PR – What makes a production stand out in your opinion?

Schwartzvegas – Creative lyrics and a good vocalist are two great ways, albeit easier said than done. But a production made with passion and detail will most definitely stand out from the rest. Intricacy and sophistication are two sure ways to get a good result. I know it’s vague, but you have to love what you hear above all else.

Matt Caldwell PR – Who are the producers you look up to or who inspire you?

Matt Caldwell PR – Which characteristics do you think make an excellent producer?

Matt Caldwell PR – The production side of things has taken a huge turn some years ago, passing from analogue to digital. What are the advantages and disadvantages of such change and which do you prefer?

Schwartzvegas – Well I think there is only an opinion that can be given on this. I think this change was for the better and while you can do some astounding things with analogue, that you just can’t with digital; digital is still better in my opinion. We’re moving in a more precise, exact, symmetrical world and I think this change was one in the right directions for music producers.

Matt Caldwell PR – Can you give us some handy tips on how to make productions sound better?

Schwartzvegas – Be passionate, be patient, take breaks. Forcing yourself to work will not yield the best results. Technologically speaking, learn to master your work as best you can. Also, have a good set of studio monitors – it makes a big difference!