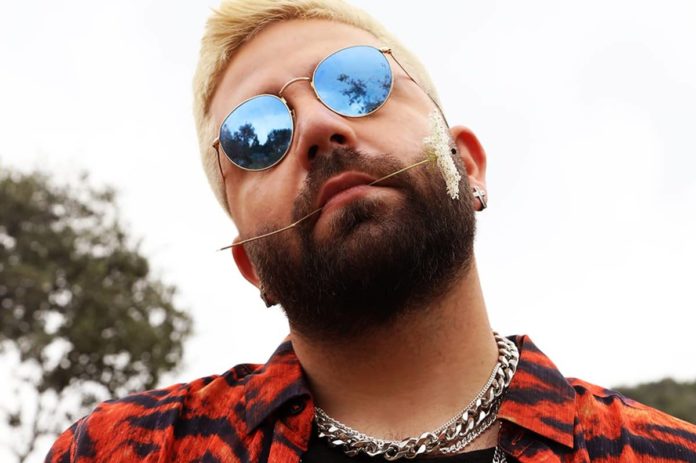 Son Savage shared his emotionally charged single ‘The River’ off of his upcoming album ‘Folie à Deux’ (Madness of Two).

It is a song that represents the cycle of toxic love patterns so well from the lyrics to the emotion that you feel pouring out of his vocals he creates a safe space of reflection where you feel heard rather than judged.

We caught up with him to learn more about how the name “Son Savage” came about, “The River”, upcoming album and more.

Son Savage – Hello and thank you for having me! 2021 has been an absolute dream come true so far, and I’m super stoked to finally be dipping my toes into the music industry again.

Aditya – Right off the bat, I want to ask you the ideation behind your stage (or real) name ‘Son Savage’?

Son Savage – As strange as it sounds, the name came to me in a dream. What I love about it is the duality that the name represents. A “son” is a defined person – a cis-man who likely has parents. You can totally paint a picture of a “son”. “Savage”, on the other hand, is quite abstract and broad. The music itself explores dualities – mixing traditional pop structures with more abstract interpretations of grassroots influences. It does help that this project was also born in probably the most savage years of my life – between COVID and the August 4 Beirut blast which almost wiped me and my entire home city off the face of the Earth last year.

Aditya – ‘The River’, your latest release gives me a very nostalgic feel, a very 80’s vibe with a modern approach. Could we know more about this track?

Son Savage – ‘The River’ was never developed as a stand-alone track. The entire album, which will be released next month, was developed in a continuous creative train of thought which ‘The River’ is a part of. Like all the songs on the album, I took a relatively simple pop structure and contrasted it against influences that speak to me on a personal level, and those are usually rooted somewhere in the 60s-80s.

Aditya – What’s your creative process like? How do you deal with writer’s block?

Son Savage – I don’t. I hate forcing myself to make music, so if a song doesn’t click on the first go, it’s usually a sign that I need to let go of it. My music needs to come organically, naturally, and I usually like to set up the structure of the song in one sitting to ensure a genuine outcome.

Aditya – I’d like to know about your ‘Son Savage’ persona!

Son Savage – Son Savage is my brain-child and is an amplification of my own personal quirks and ideas. Creating a fresh blank canvas on which I can paint this persona allowed me to truly explore thoughts, ideas and emotions I wouldn’t have been able to explore otherwise.

Aditya – Could you brief us through the direction and production of the ‘The River’ music video?

Son Savage – The music video was directed by one of the most talented creatives that Beirut has to offer – my good friend Bilal Houssami. Seeing as we’re friends to begin with, the entire process from creative conceptualization, pre-production, on-set, and post was an entire thrill and that reflects in the fun and light end result that came about – which is truly how we all felt during this entire process.

Aditya – I’m keen to see what your album has to offer, what should the fans expect from your forthcoming album?

Son Savage – The album, titled “Folie à Deux”, which is French for “Madness of Two”, comprises of 12 songs including ‘The River’. Like ‘The River’, the rest of the album plays around hooky pop melodies, hypnotic synth-work, and a lot of grassroots influences. You’re gonna hear a gospel choir on one track, a sax solo on another, guitar solos on a couple of tracks and a lot of experimentation with vocoders and talkboxes. As a body of work, the album explores love as a form of “folie à deux”, with each song exploring a different and unique aspect of love, sex, loss and madness.

Aditya – You’re back on the release radar after a 6-year hiatus, is it a ‘one step back, two steps forward move’?

Son Savage – It’s a 1,000 steps forward! I have been so incredibly blessed since the song came out, topping the International Charts on Anghami (which is the MENA region’s equivalent of Spotify or Deezer) at number 1 yesterday after debuting at number 5 last week, beating out tracks by Drake, Billie Eilish, Lil Nas X and others. It is also currently the 9th overall song on the full charts (which also includes popular local powerhouses from North Africa and the GCC)

Aditya – You’re based in Dubai now, how’s the music scene there?

Son Savage – The music scene here is quite timid but evolving. I always believed that the Middle East is a melting pot of cultures – the amount of cultures I grew up exposed to in Beirut is incomparable to anywhere else in the world and I truly feel that the next big international act to make it into the global mainstream will come from somewhere in this region

Aditya – Lastly, what’s your all-time favorite disco track and why?

Son Savage – Tough question but I’ll have to say “You Should Be Dancing” by the Bee Gees. That entire era of music speaks to me at an existential level, mainly due to the vinyl records I grew up listening to from my dad’s collection.