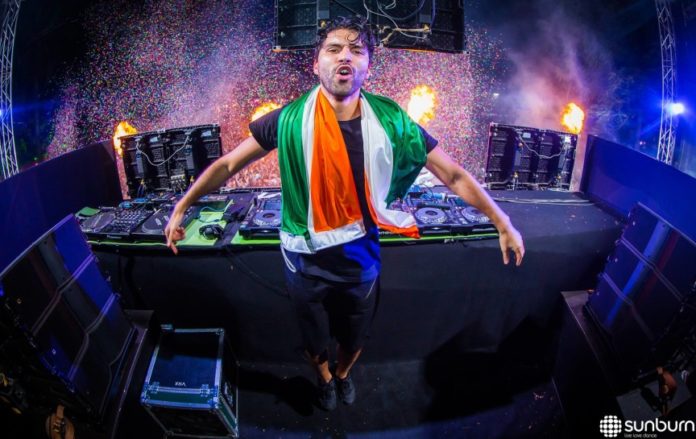 We caught up with R3hab, post his set at Sunburn Festival, Mumbai, and here’s what he had to say about his upcoming collab with KSHMR, Indian dance music scene and loads more!

T.H.E – You have a track coming out with KSHMR. I’ve seen KSHMR talk a lot about you in his interviews and how you’ve been inspiring each other in the studio. What is the relationship between you guys from when you’ll started?

R3hab – I know KSHMR for a long time already, like almost 4-5 years now. He started making dance music a couple of years back. It’s just a relationship where you want to help each other, just giving feedback and not necessarily helping each other produce. So I think it’s nice, and when we made ‘Karate’ or ‘Strong’, we were very honest with each other, and it actually took us a pretty long time, almost 2-3 months back and forth, to finish the record. Because if its KSHMR its gotta be good and if its R3hab its nice so a collaboration should be special.

R3hab – Well, the Indian dance music scene is still growing and Sunburn is doing an amazing job. The people are very enthusiastic here. Also the club scene is not very big here, so when a good party is happening, people are very excited.

T.H.E – What other genres of music are you enjoying at the moment?

R3hab – I love hip hop at the moment. Drakes doing really well and so is Travis Scott. Future house is also great.

T.H.E – Is there anything in particular that you like about India?

R3hab – Yeah the food is great! We went down to the Indian restaurant and there was like a rainbow on my plate (laughs).

T.H.E – You’ve done particularly well for yourself at the DJ Mag rankings this year. Do you think the rankings really portray an artists talent if he is placing higher or lower?

R3hab – I think it’s nice that people take time and go online to vote for their favourite artists. So I’m honoured to be where I’m at and I would be the last guy to criticize the poll.

T.H.E – What is your go to plugin in the studio?

R3hab – The piano is one of the most used instrument right now and its so universal. I make all my melodies on my piano, and I can take it off whenever I like. I used it in my song ‘Strong’ to bring out the emotion and if its on the piano its a good song already.

You can also watch a short movie of what went down at ‘Sunburn City Festival’ with DJ SNAKE, R3hab, Chuckie & many more artists below.

Catch our backstage interviews with DJ Snake and Shaan.

Couldn’t attend the gig? Here’s a recap of Sunburn Mumbai.