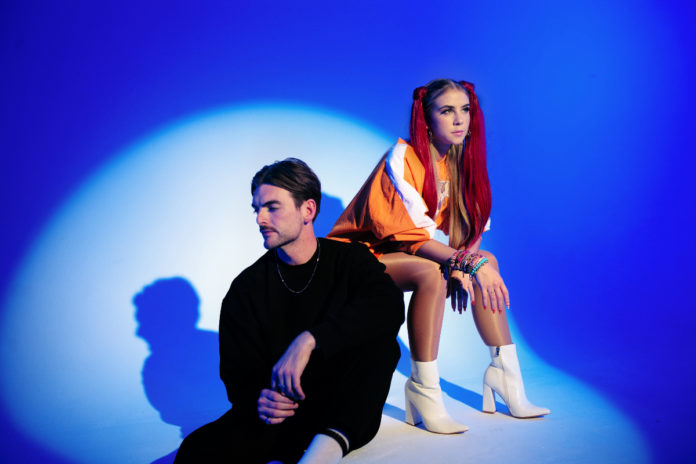 Having scored the biggest hit of his career to date alongside Nonô with 12 million+ streams for ‘Sorry’, TCTS again teams up with the Brazilian vocal sensation for their brand new ‘Off My Mind’. The track represents his first release under a new deal with Insanity Records.

‘Off My Mind’ finds the two artists radically upping the energy from ‘Sorry’ with a track that’s sure to make an even bigger impact. Full of high intensity house vibes, TCTS’s production delivers grooves that are as insistent as its drops are dynamic. Meanwhile, Nonô’s topline gives the club-ready track an exuberant appeal that will propel it into crossover pop territory.

We caught up with TCTS to learn more about how the single came about, his discography, and loads more.

TCTS – Hi! Thanks for having me. Yeh its been good, its been so great to see things start to get back to normal, clubs and festivals are back etc, they’ve been massively missed. I feel like everyone deserves all the parties they can take after the last 18months that we’ve had. Oh also I got a dog earlier this year, so from that perspective 2021 has been great.

Aditya – ‘Off My Mind’ is definitely something I cannot get off my mind. Could you run us through the creation of the track?

TCTS – Thats so good to hear! Yeh its been a really fun one to put together. I wrote it alongside Nonô and a writer called Eddie Jenkins, so its been quite a dream team, loads of voice notes and we-transferring stuff but that’s how a lot of tunes get made these days. Nonô is an incredible singer, I wanted to make sure her vocal just shines through and everything music-wise is just there to support it. I’m super happy with how it turned out.

Aditya – What’s your creative process like? How do you begin writing tracks?

TCTS – It depends what I’m working on to be honest. If its a remix then I’ll go through the parts from the original tune and see what catches my ear and what would be fun to play with and twist into something new. So then I’m usually starting with a vocal, and ill experiment with chords and moving the vocal into a new world. But when I’m writing original songs its the opposite way round – I usually start with the drums. I’ll get a groove going,
and then cement the mood of the record with chords and music, and then vocal usually comes on top.

Aditya – You both have collaborated before, can you tell us how you met Nonô?

TCTS – I met her at a studio in Finsbury Park in London last year, the studio belonged to a writer called Theo who we wrote our tune Sorry with that day. Immediately I was blown away by her energy, and her ideas are so creative. The vocal for Sorry was written that day and then I took it away and spent some time getting happy with the production, and its turned out to be my most streamed record so far.

Aditya – You have a ginormous discography. Could you tell us about your favorite releases?

TCTS – Haha I love doing remixes which definitely bulk up the back catalogue. I’ve got a few releases that mean a lot to me. Sorry is still a record I listen to a lot and still love, which is rare for me, shout out Selected records. Games was one of my first singles, and I was so green and new to the music industry and the label MTA shot this mad video for it in Tokyo. Icy Feet was a fun moment too, that tune ended up being the most played specialist record on Radio1 that year, and we got Kelis on the vocal version. Usually though, whatever the latest thing I’m working on is my favourite, until I start working on the next one.

Aditya – Could you tell us about the music scene in Manchester? Is it more grime?

TCTS – It’s a city that has a deep connection to music, its just a northern powerhouse for music. From bands like Joy Division/The Smiths/Oasis/The Stone Roses etc etc to new artists like Aitch, to the Warehouse Project; which is one of the most important club institutions in the country. My experiences in Manchester are definitely rooted in club music, I learned to DJ there, and it was going to WHP that made me want to even write club music. Being a student there surrounded by all these amazing venues, and the promoters pushing exciting DJs, it was super formative for me. Its been a few years since I’ve lived there, and I definitely miss it, I love going back.

Aditya – Could you tell us about the demo you sent to BBC Introducing, which gave you the break in the industry.

TCTS – So I was a student in Manchester, with a little setup in my bedroom trying to get someones attention. I uploaded two tunes called 1997 and Like This onto the BBC Introducing site, 1997 is a piano house record, and Like This is a wonky track influenced by people like Deadboy, Disclosure, Karma Kid, and that UK Bass sound that was popping off at the time. The tracks got some support from the local BBC Intro shows, and then randomly I got an email saying that Huw Stephens would be playing Like This on the national Introducing show on radio1. It was at like 2am or something, and I stayed up to hear it, and was absolutely buzzing. Over the next couple of days I got a few emails from people asking to meet in London, one of those meetings got me my first manager, and we went from there.

Aditya – I’d like to know about your KISS FM show that airs every Friday Night.

TCTS – Yeh so every Friday night on Kiss FM you can hear me from 1-3am, all new house music, and listen whenever you like on the Kiss player on the website. Its a strong lineup on friday nights, Majestic, Sam Divine, Mark Knight, myself, Leftwing:Kody!

Aditya – Lastly, what’s on the shelf for the last quarter for 2021?

TCTS – So we’ve just started working with Insanity records which I’m really excited about, the team are wicked, Off My Mind is the first tune with them
so I’m buzzing to see how we go.