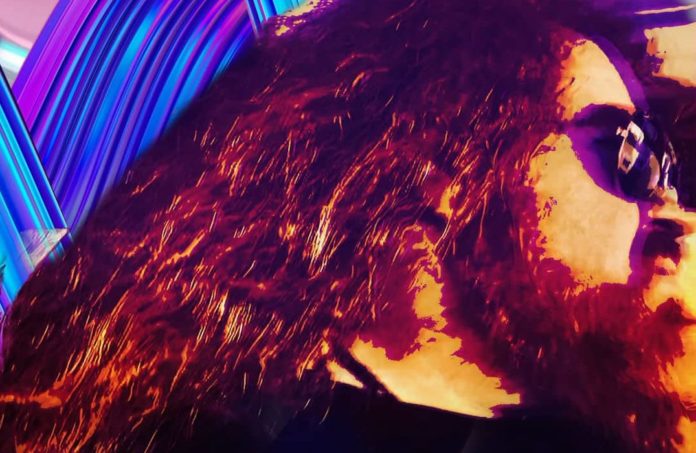 Founded in October 2018, TexMex Shaman offers a genre-defying sound that combines funk beats, intense guitar, smooth bass, and captivating samples into tracks that are at once familiar and novel.

We spoke to the man about his latest single, musical influences and learned more about him as an artist. Read on!

TexMex Shaman – Hey Hey! Thanks for having me, I appreciate the time.
What have I been up to… well, lately I’ve been putting the finishing touches on my upcoming LP. I’ve just released a re-mix of what some people say is my most danceable song. I’m not sure who or where these people are, but I don’t disagree haha. I’ve been working on getting the songs mixed just right for vinyl as well. There are some considerations when recording to vinyl, as opposed to a CD, that I am learning about. It’s been a lot of fun putting this project together over the past year. I’ve felt more inspired than I have in a long time.

T.H.E – Tell us a bit of how your name – TexMex Shaman came about? What does it represent?

TexMex Shaman – I remember when beginning the project not wanting to use my actual name you know, because I was afraid then that the only people who would listen would be my parents haha. I knew I wanted something memorable and something that put images in your mind and made you want to learn more. I’ve travelled quite a bit, but have lived in Texas my entire life. If anyone doesn’t know, Tex-Mex food is really popular here and that’s because it’s so damn good. As for the other half of the name, I have long been interested in the power and sacred use of shamanic plants and psychedelics in general. From the alchemy of Sasha Shulgin to the lectures and writings of Terence McKenna and many points in between, there is an esoteric knowing there that I really resonate with. As for putting the two together, I don’t know how the hell that happened haha. It just hit me one day and I said hell yeah that’ll work. It turned out well too because if you Google that name, you’ll go several pages in before you get a recipe for enchiladas.

T.H.E – How would you describe your sounds? Which artists influenced you early in your career?

TexMex Shaman – I can describe my music by saying that I write songs that reflect my personality. I don’t ever sit down and say “I need a ballad” or “I need a rocking blues number” you know? I sit with the guitar, 9 times out of 10 I turn it up loud and I just play. I try to get in tune with what I am feeling at the time and usually that means to quit fucking thinking about it. I often get inspired by ultimate truths like peace, love, honesty and then if I’m pissed off that will come out too. If I feel betrayed or neglected that will come out too. It is almost cathartic in a way because it does allow me to release so much energy and in doing so, I only receive more. It’s pretty intense to be able to feel all that. I’m sure many other musicians and artists know what I mean. Anyone giving it their all in the zone of their passion would know what I’m saying I think.

As for my musical influences you’re gonna have your Jimmy Pages and your Bugs Bunnies down to the Sly Stones and Iron Maidens past the hall to Captain Beefheart and Hendrix, don’t trip over the Waylon Jennings and Van Halen and say hi when walking past Norah Jones and George Clinton. Of course the Stones & Beatles, James Brown and Steely Dan. I’m a big fan of originals – mold breaking kind of people and bands. When I first discovered Screamin’ Jay Hawkins I thought- well shit, this is where so much stuff came from, why isn’t this guy on a coin somewhere, you know ? Haha

T.H.E – Your new track, “”Peking Bass”, what was the inspiration behind it? Were there any artists that influenced the creation of this track?

TexMex Shaman – Peking Bass was so much fun putting together. I had this urge to create something really retro sounding that also rocked but maybe you’d hear it in a douchey club in the 80’s you know? I mean,I never articulated it as such, but that’s kinda what led me there. I thought it would be funny to have it called Peking Bass – like the dish Peking Duck, but with a fish, If you listen to the song, the bass drops actually hit with a bouncing tympani sound – which, of course humor belongs in music. Then the guy comes in expecting the bass drop and just says it’s a bad tune. I mean I still laugh when I listen at times haha. I have never been a big EDM or Electronic music guy until recently – maybe the past 5-7 years. I discovered bands like Boards of Canada, The Future Sounds of London – not so much danceable but maybe more cerebral vibes to them? I really really enjoy that kind of music. Then I found Simon Posford and his projects, especially Shpongle, and wow, did that ever pull me in. I’ve seen him live twice now, once in Dallas and once at Red Rocks and holy sheep shit. When I hear a lot of EDM, and this is just because I don’t have the ear for the flavor entirely just yet, I can’t seem to get into the loud heavy downbeat repetitive stuff. I know very well that it has its place though for getting tranced out and into a state of bliss – it’s just that I haven’t used it for such… Yet haha.,..

T.H.E – From a production point of view, do we see you experimenting with other genres in the future?

TexMex Shaman – I see myself continuing to write music that I love. To answer the question, yes I do see more genres coming out in future projects but it’s only because I listen to and enjoy them enough to be influenced by them already, not to check a box that Its been covered you know?

T.H.E – Talk us through your creative process? How do you think up ideas for your music?

TexMex Shaman – I really do try to shut off my mind. I feel that if I’m thinking too much about something that I’m doing it wrong. I try to tap into my passion and intuition and rely on all the time spent practicing to carry it through. Lots of times playing live I simply close my eyes and look up – I don’t feel like it is me playing sometimes – I feel more like a conduit. If I’m riffing around and hit something I like I’ll try to record it so I don’t forget it. I do write from the heart and my current emotional state at the time will influence whatever might come out of the amplifier. I can’t force it – that’s a big one. If it feels forced then it will sound forced to the listener and anything contrived or pre-meditated in order to sound a certain way or fit a particular genre always sounds flat to me.

T.H.E – What are your plans from a touring point of view?

TexMex Shaman – Honestly I’ve been so focused on this LP that I haven’t given it much thought. I’m not on a label or anything and I like being independent. I have played so many live shows during my time holding a guitar that the stage feels really good to me though – whether it’s Nate’s back yard or The House of Blues in Dallas there is a real joy to playing live, especially with other great musicians -see The OASPM.

He and I are talking about re-releasing some of the music we made back in college – music I say would make the Devil look twice, and see how it’s received in this new age of overproduced auto-tuned phony wretch (oh you wanna know how I really feel? Haha) So keep an eye out for that!

TexMex Shaman – Thank you! You’ve got a really great scene here and It has some real positive vibes to it. All the best to you as well my friend.