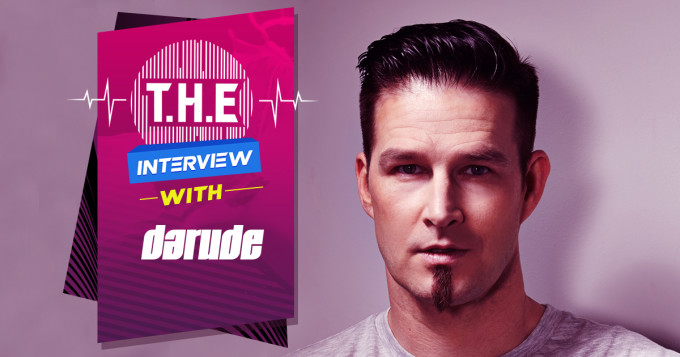 Famed for the global smash ‘Sandstorm’, Darude is recognised by many as one of the most influential artists to emerge from the dance scene in the past decade.

With a DJ style that is a mixture of progressive and uplifting trance, fused with elements of tech, breaks and house, Darude’s music delivers a dynamic energy that gets any dancefloor moving.

Now Finland’s biggest musical export is back with his fourth studio album “Moments”, and it’s another exciting chapter for a man who keeps on delivering the goods, staying perfectly in tune with a scene that is infamous for its sudden, rapid, and ruthless change.

We caught up with him to speak to him about this album and plenty more. Read on to know what he had to say! 🙂

T.H.E – Firstly than you so much for the opportunity to interview someone as talented as yourself. Your growth in the music industry has been an inspiration to many and an incredible journey to follow.

Darude – Thank you for the kind words!

T.H.E – Congratulations on the release of your album, “Moments”. How long has it been in the works? Describe the moment when you knew that the album was complete and ready to be shared with your fans.

Darude – I’ve worked on new music since the last album, so 8 years or so, but in practice the last year, year and a half has been the span that I’ve actively been working on this album and these specific tracks. The mental pressure of getting an album done got lifted a couple of months before I got it done when the final tracklist got locked. At that point I knew I’d get the tech part done, it’d only take some time, but that the ”hard part” was done already. It was glorious!

T.H.E – Every album title has a meaning behind the name, I’m sure with “Before the storm” it could be said that things only escalated since then. However with ‘Moments” what is the story behind the name?

Darude – I’m calling my album ‘Moments’ because it was created in or from these precious moments during the last several years. Some of them were sort of less good times, some were amazing times, but they all inspired me to create music or inspired me to get in touch with people who I wanted to make music with.

T.H.E – With each and every album comes obstacles and while some are easy to maneuver your way around, some create a challenge. What was your greatest challenge that you encountered while creating “Moments”?

Darude – A big challenge was to find a language that we both understood and a middle ground that worked for both me as an artist and a producer and my label Warner Music Finland’s A&R team. A record company’s job is to sell (or these days stream) as many records as possible and while I certainly am not against #1 hits and huge sales, we didn’t always see eye to eye about how to go about it, like what direction this track and that track should go and such. That said, all in all this experience taught me several new ways of working and had I not been sometimes pushed by Asko @ Warner, I might’ve made a very different album and that’d be a shame, because I’m very happy with this outcome! 🙂

T.H.E – You’ve said that you want your listeners to be taken on a journey, making sure each genre is encompassed in a tasteful way throughout your album. How do you manage to have such a vast take on music while still staying true to your own sound?

Darude – It’s great that there still are people who remember and recognize ’my sound’! Over the years it’s gotten blended and mangled so many times over and I generally don’t really think about putting a specific sound in a track, I just mess around. At the same time, I have my likes and dislikes and I know I gravitate towards certain synth pads and rhythmic patterns for instance, so often there ends up being something recognizable in my new productions, too. I think staying true to your sound is the same as doing what you like, even if the sounds change eventually.

T.H.E – You’re able to work with many trends in the music industry, all of which work so beautifully for you. How are you able to achieve this?

Darude – I’ve always loved many kinds of music and as I’ve gotten more experienced with the actual writing and production process, it’s gotten easier to feel more comfortable to go after something new and different and challenge myself. I don’t try to copy a trend or a sound, but I’m constantly checking out tracks for my DJ sets and otherwise listening to music and that keeps me in touch with what’s out there today and influences what I do. I think producers subconsciously filter everything they hear and use bits they like in their own productions in their own way.

T.H.E – When compiling an album, choosing who to collaborate with whereby their sound creates that extra sparkle in addition to your own is quite a challenge. You have chosen quite a few artists who feature on your album. What went through your mind when deciding who to feature?

Darude – Most of those decisions were straightforward and natural, like the singers: Will Sly and AI AM were writers and demo singers at a writing camp in Copenhagen, Denmark and I liked their voices and styles so much that I didn’t need to look any further. Same thing with a great session in Helsinki with Sebastian Reyman, who co-wrote ’Moments’. Production wise I basically knew with some tracks that I wanted something more or different than where I ended up myself, so I reached out to for instance my Finnish buddies Lope & Kantola, whose tracks I’d played a lot with great reactions in my DJ sets, and asked if I could get some of their sounds and production angles to spice up mine. ’Turn The Light On’ and ’One Lifetime’ are both co-written and produced by my Swedish brother Matias Lehtola. That collaboration started years ago just chatting online and finding out we were very likeminded when it came to music. Producers Steffen Aba and Daniel Rothmann both I got to work with at those Copenhagen sessions and they greatly shaped ’Beautiful Alien’, ’Coming Home’ and ’Be With You Tonight’.

Darude – There are so many… Getting a gold record from Germany, three Finnish Grammys ie. Emma awards for ’Sandstorm’ etc all were mindblowingly amazing moments I’ll cherish forever! But because it just happened two months ago, I’ll say the ’Moments’ mastering session at Chartmakers, Helsinki, Finland was very very nice. Months, or even years, of work and stress fell off of my shoulders track by track, when realizing that everything was now done and permanent and there was no looking back, nothing I could do but hope people will like what I’d done. Such relieving moment!

T.H.E – It can easily be said that you have a large and loyal fan base, can they expect anything different on this album with regards to what you usually go for?

Darude – I think this album continues the more and more varied range of tracks ’Label This!’ already started, but not totally forgetting the trance many people associate me with. It’s been a natural development for me. I like good music, be it whatever genre, as long as it moves me in some way. That’s also why I didn’t try to ”EDM-ify” everything on the album, but to go where the music itself and the production process was taking me. I think if you give it a fair listen, you’ll hear similarities to my older music, whether you’ll hear trance or not, and you’ll find yourself humming to several of the tunes. Don’t say I didn’t warn you! 🙂

T.H.E – Thanks for this interview and wish you the very best in all your future endeavours. 🙂 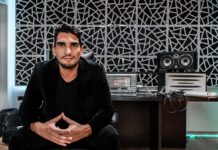