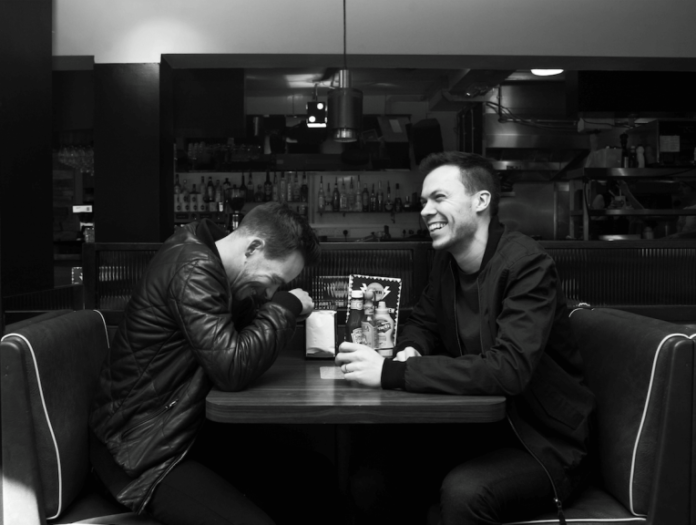 Five years after bursting onto the scene, Delta Heavy unveiled their eagerly awaited debut album, ‘Paradise Lost’. One of the few acts whose sound effortlessly straddles the Atlantic, the duo’s multi-dimensional versatility is evident throughout their inaugural LP.

We caught up with the duo to understand the process which went into creating this album, plus their thoughts on how bass music will perform in 2016. Read our chat below! :)

Azasia – Hi Si and Ben. Thanks for taking time to do this interview. How are you guys?

Azasia – We had been super excited for your debut album. Congrats! What inspired you to create a full length album?

Delta Heavy – Thanks! We’re really happy to for people to hear it! It’s always been a personal goal for us to make an album because it was the format we grew up listening to. Albums live on for years and I look back with fond nostalgia at certain albums and the time in my life they represent. Even in the current music industry model where listeners are able to pick and choose tracks as they please, albums are held in the highest regard. They also allow an artist to show a wider range of their ability as musicians and their taste in music. We wanted to dive a little deeper and make something a bit broader than singles and EPs will allow.

Azasia – What is the story behind the title of your album?

Delta Heavy – We wanted a title that conjured images of grandeur and scale. Paradise Lost as a title came from the poem written by John Milton but it can be interpreted however you like. It is not a specific reference to the poem itself but more harnessing the epic sense it provides. The title came at the very end when we had finished writing all the music and it felt like it suited the sound.

Azasia – How long have you been working on the album?

Delta Heavy – In total it was nearly 3 years in the making although we have had other releases during that time. We didn’t want to rush it.

Azasia – What are some of the influences of “Paradise Lost”?

Delta Heavy – The influences for this album came from all over the place. The film Interstellar inspired the interlude ‘Ascending’. ‘Tremors’ came about becuase I saw one of The Simpsons ‘Treehouse of Horrors’ episodes and wanted to write a spooky theme tune with a creepy drop and the concept of ‘City of Dreams’ came from watching Inception and the concept of vivid dreaming. Musically we had been listening to producers like Gesaffelstein, Flume & Nero but we also keep a close eye on soundcloud for random music that inspires us.

Azasia – Briefly tell us about the writing process of “Paradise Lost”? What was its concept?

Delta Heavy – When we started writing initially there wasn’t a concept. We were still finding our sound to an extent which took a while to settle into, especially writing at different tempos but we did want to continue with the sense of epic action, grandeur and outer space started by our earlier releases like Space Time and End Of Days. We have regularly referenced Hans Zimmer and the movies he has written soundtracks to because of the feelings of intensity and suspense they conjur. Paradise Lost, Event Horizon and Pathways and the interlude ‘Ascending’ are all born from that influence. Beyond this though we still essentially wanted to write a dancefloor album with variety but base it around these themes.

Azasia – Who have you worked on the album with? Please give us some insight into those collaborations.

Delta Heavy – We worked with a few different vocalists during the album which was one of the most time consuming aspects during the writing. Most of the collaborations happened together in the studio writing from scratch which vocally was a new angle for us having mostly sampled previously. Our next single ‘White Flag’ is sung by the same singer and writer duo who sang ‘Ghost’ and we’re so happy that we managed to work with them again as the vocalist sounds incredible and really brought something new to our music. She’s our secret weapon.

Azasia – Are you planning an album tour? If so, please let us in on some of the details of that.

Delta Heavy – We’re in the midst of it now actually. We’ve already toured Australia and the US and Canada as well as visiting Russia over February and March and we’re now playing a lot of UK and European dates for the next few months including Prague and Belgium this weekend. We’re looking forward to Festival season this summer. We’ll be back at EDC Vegas, Creamfields and have some exciting festival shows to announce soon.

Azasia – From your experience and insight of the bass music scene, what are your forecasts of bass music for 2016?

Delta Heavy – Drum and Bass continues to grow from strength to strength in it’s own lane but the Future Bass sound is already taking over the globe for the next 12 months. We’re big fans of it as it is bringing back more musicality and melody to bass music, something which has been a bit lacking in some corners of the genre.

Azasia – Do you have any shout-outs or messages to readers and fans?

Delta Heavy – Just a massive thank you to everyone who has supported us and we look forward to seeing you at our shows!

Azasia – Once again thank you. Cheers :)