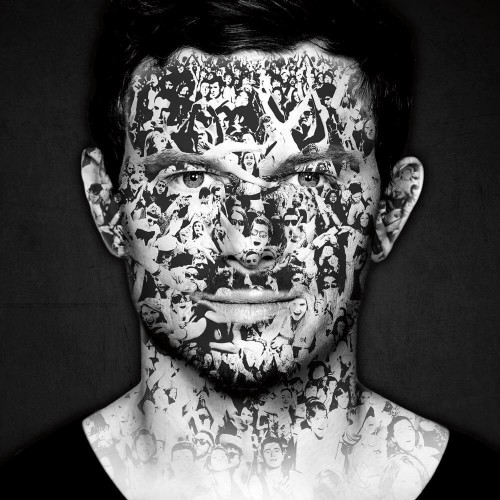 As the anticipation and hype has been building exponentially in the run-up to Fedde Le Grand’s long awaited album release, the Dutch superstar DJ is treating fans to a sneak peak of things to come!

With the ripples of Fedde’s previous releases, ‘Feel Good’, ‘Keep On Believing’ and ‘The Noise (Yeah Baby)’ still yet to subside, and with just over few hours to go until his full album release, we caught up with the Dutch superstar and spoke to him about his album plus the legendary ‘Put Your Hands Up For Detroit’ marking its 10 year anniversary!

Read our chat below.

Varun – Hi there! Thanks for taking time out for this interview. How would you describe 2015 in 3 words?

Varun – ‘Put Your Hands Up For Detroit’ marks its 10 year anniversary this year! Can you describe how this track came about and how it still inspires you?

Fedde Le Grand – I know! It seems only yesterday I released it to the world. I sampled Matthew Dear & Disco D’s “Hands Up For Detroit”, and transformed it into a house anthem. And of course it still inspires me! I look back at that record and see something I can still be proud of – my sound has developed over the years, but this is where I came from.

Varun – You’ve worked with a bunch of upcoming producers as well as supported them in your live sets. Which producers are your pick for the standout acts of 2016?

Fedde Le Grand – You know at this moment with all the hard effort that went into creating the album still so fresh in mind there really are no other names than the incredible talents that I’ve got featured on my album, being Merk & Kremont, Cobra Effect and Holl & Rush. All amazingly great guys! There’s also a brand new kid I recently started supporting called Zilverstep, you’ll surely be learning more about him shortly!

Varun – Can you tell us your favourite software and hardware in the studio? Anything that you still work with since you started out?

Fedde Le Grand – I love working with Logic Pro X when I’m in the studio, and I use Ableton Live when I’m on the road. As for hardware, I experiment with all sorts of keyboards and beatpads – recently I’ve been loving the Native Instruments Maschine MKII.

Varun – Flamingo Recordings has always pushed boundaries for new sounds and groovy house music. What are your plans for the label in 2016?

Fedde Le Grand – Well, I see the label continuing to push boundaries, same with my newer project “Darklight Recordings”. In 2016 we’ll be releasing quite a few tracks on Darklight with that signature funky house sound I’ve been cultivating over the past few years. Although honestly, I haven’t really been able to focus on much over the past few months except for the release of my album. That’s been a huge focus for me.

Varun – We are incredibly excited for the new album in February! Can you tell us more about it and how you came about writing an entire LP for second time?

Fedde Le Grand – I’m very excited for you all to hear it too! “Something Real” came about through a huge collaborative process – I worked with some very talented musicians like John Mendelsohn and MoZella. As for writing the album, it was a challenge as always, but I thoroughly enjoyed the journey – it’s always a matter of getting yourself to sit down and take advantage of any creative moments.

Varun – What is the reasoning behind naming this album – Something Real?

Fedde Le Grand – The name came from my hope that I have created something real. I intentionally worked with artists that would push my creative boundaries – and it was amazing. I’ve never felt more inspired in my life; its great to not be pigeonholed into one specific genre or sound.

Varun – What inspired you to write this new album? With the constantly evolving sounds in the scene, what message would you like to inculcate with the album and bring out to the fans?

Fedde Le Grand – I really wanted this album to be one cohesive journey; one where the fans can press play and lose themselves in the music. Nowadays so many artists don’t even produce albums, they just release single after single, which is great sometimes, however I really think it robs the fans of the experience of drifting through 14 tracks created with one large idea in mind. I just want my fans to know that I still produce full albums, and can create a large variety of songs.

Varun – Do you plan to do a tour around the album?

Fedde Le Grand – Yes! So all my dates until June will be part of my ‘Something Real Tour’. In the short term I’ll be playing Ultra South Africa at the end of this month, and will be putting on my annual “GRAND” show in Amsterdam mid-March (which you can get tickets for here

Varun – Which are your 5 ‘Essential’ tunes at the moment?

5) Fedde Le Grand and Merk & Kremont – Give Me Some

Varun – Do you have a message for your fans and upcoming producers for the new year?

Fedde Le Grand – As always none of what I’ve achieved to date would have been possible without the support of my fans. I owe them so much and ‘Something Real’ is also I guess just a massive thank you to everyone that’s supported me so far. And to all the budding producers out there, keep doing what you’re doing! I didn’t achieve success over night, it takes time and dedication so stick at it and you never know where you’ll be in ten years.
“Something Real” will be out February 26th but is available to pre-order now.

Varun – Thank you and wish you the very best! 🙂