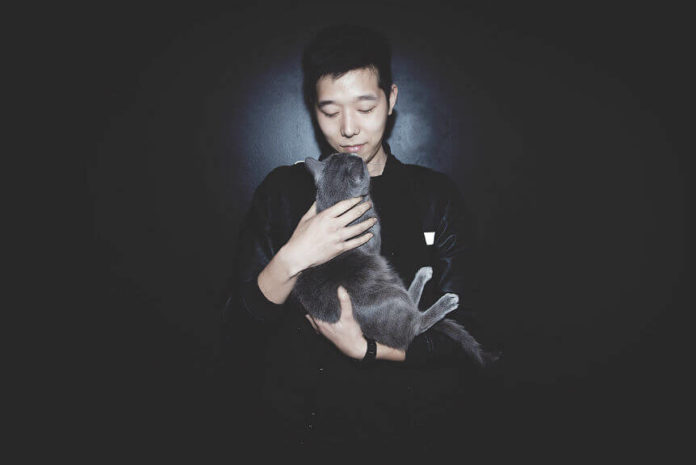 San Francisco-based producer and beat guru, Charlie Yin AKA Giraffage makes his way to India this month as part of the debut edition of the Mad Decent Block Party India, produced by Sunburn Festival and Oji.

His signature sound of electronic pop has won him praise from musical tastemakers Pitchfork, FADER and XLR8R. Read our chat below where Charlie talks about his excitement for #MDBPIndia, plus gives readers a bit of background into the ‘Mad Decent Block Party’ as a concept, plus himself as an artist. 🙂

Shantanu – Hi Charlie! Thanks for this interview. How excited are you for the debut edition of #MDBPIndia?

Giraffage – Extremely excited! This will be my first time ever in India as well.

Giraffage – It’s a traveling festival with a rotating lineup, and it’s a party every time.

Shantanu – If you had to give fans in India one sole reason why they should definitely consider attending MDBP, what would it be?

Giraffage – It’s a festival that books really forward thinking acts with unique sounds rather than DJs that just play banger after banger of whatever is popular at the moment!

Shantanu – We would also love to give our readers a bit of background about you as an artist. After graduating in political economics, you’ve pursued a career in music. What made you take the plunge?

Giraffage – I hated school and my major and instead of studying/doing college things, I would lock myself in my room and make music. Luckily, I was able to segue straight from graduation into doing music full time!

Shantanu – What is the story behind your stage name?

Giraffage – It’s a pretty boring story to be honest, I just sat down in front of my computer and typed in words that no one has taken on Google already.

Shantanu – Lastly, what would be your top 5 essential tunes of the moment?

Shantanu – Thanks Charlie! See you soon at #MDBPIndia.

If you still haven’t, you can grab more information on #MDBPIndia along with tickets (trust me, it’s bound to be massive!) right here.