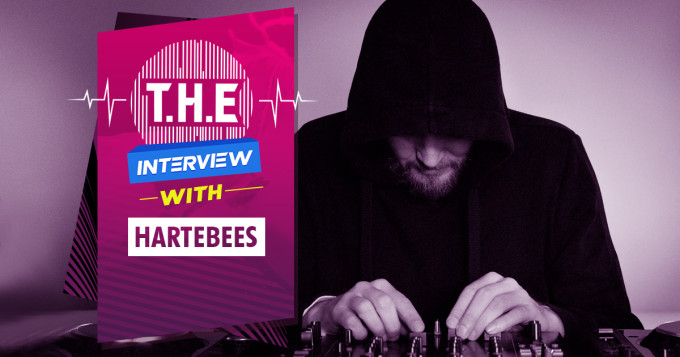 Hartebees (Amsterdam) has been around in the entertainment industry on various levels before pursuing his ambitions as a producer.

While working other dreams, his spare hours were spent learning the technology and theory behind (electronic) music. More often friends were asking: ‘What happens to these catchy tunes you play for us?’ His solid answer used to be: ’Nothing, but they are huge hits on my laptop’. Only after being convinced he really had something good enough to send around, Hartebees drew the attention of Hysteria Records, owned by the Bingo Players team. With his debut release, “Sunrise Funk”, characterized by a funky, retro piano riff, Hartebees is ready to let the world outside his attic studio get to know his music.
<

We had a chance to catch up with Hartebees to know more about him plus his brand new single, “Sunrise Funk”. Here’s what he had to say!

T.H.E – Thanks for talking to us. What’s happening around you at the moment?

Hartebees – No problem! There’s some buzz going on with the track, so I’m happy to check all the online channels to see Hardwell, Tiesto and Bingo Players playing my track. That is amazing! I’m not DJing myself at the moment, so I can’t say It’s a roller coaster of travel and gigs, but who knows: that might happen next summer 🙂

T.H.E – Which part of the world do you call home?

Hartebees – Amsterdam! For sure. I’ve been living there for over twelve years now and don’t see myself leaving anytime soon. There’s a great creative vibe going on and EDM in Holland is huge, so I feel at home.

T.H.E – For those who are not familiar with your music, describe your current style?

Hartebees – There’s lots of different genres nowadays that more or less cover the same style. I’ve heard Tiesto describe it as “Electro House”, but I think it’s more of a retro funky 125bpm deep future house song. Did you see I put “retro” and “future” in the same description?

T.H.E – Who were your influences growing up?

Hartebees – Oh there’s so many… When I was a teenager, I always had to keep my love for EDM a secret, in a way. That was because all of my friends and myself were really into guitars. Metal t-shirts, old grunge records, going to festivals. But in the quietness of my own home (or my own iPod), I used to listen to more electronic dance music than I would admit – being afraid my friends would mock me. Then later, as I got introduced to producing, through the software at work (I worked at a radio station, met a lot of talented nerds building jingles in Protools or Cubase), I started experimenting with Logic and fell in love with the techniques behind making dance music. From there it took some years to learn, listen, imitate, throw away and hours of practice before I even considered sending something to a label.

T.H.E – You have recently released a single called “Sunrise Funk”. What’s this track all about? How long did it take to complete this single?

Hartebees – I guess in total maybe a week or so? I have issues calling a track ‘finished’, so I kept on turning knobs and adding arrangements, but the hardcore work on it was seven days.

T.H.E – Could you walk us through some production techniques or plug-ins used to create this single?

Hartebees – Sure. It’s made in logic. I’ve used the usual bunch of synths (Sylenth1, Massive, Nexus), but I think the piano that plays the hook – melody is from NI Kontakt. For drums, I always layer some sounds I like, so I wouldn’t know exactly where everything is from, but I would guess there’s a fair amount of Vengeance samples in there.

T.H.E – Where would you imagine “Sunrise Funk” being played?

Hartebees – In my imagination: everywhere of course! But to be honest: I don’t know? The song has a groovy hook, so it’s danceable, so I’d advice anyone who needs to get a crowd moving to play it.

T.H.E – Do you have any other projects in the pipeline this year?

Hartebees – I’d like to make a follow up to Sunrise Funk, but for now I can say we’ve got a special version coming in a month. Sunrise Funk mixed up with some Californian vocals. That’s gonna be exciting!

T.H.E – Where would you like to see yourself in the months ahead?

Hartebees – In a car. Listening to the radio and hearing my own music out of the blue. 🙂

You can grab and listen to ‘Sunrise Funk’ here.