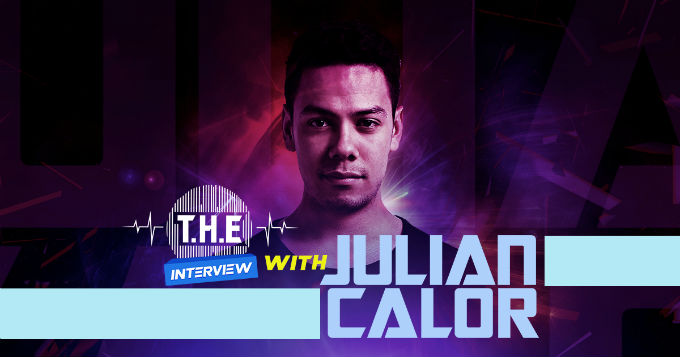 2015 has been a big year for Dance Music enthusiasts, with a number of highly anticipated massive artist albums coming to the forefront.

Revealed Recordings mainstay, Julian Calor has been on top of his game ever since his first hit and there’s been no looking back for the Dutch prodigy, all of 21 years of age, if we may add. Julian’s recently released, first full length album, EVOLVE, is a testament of his talent and musical expertise, and the album garnered massive DJ support as well as it’s terrific sale performance.

“Evolve” is set against the backdrop of Julian’s experimental abilities and we had the opportunity to ask him a few questions about his experiences and plans for the future.

T.H.E – Hey there, Julian! Thank you for taking time out to speak with us. First up, how has life been post the release of Evolve?

Julian Calor – It’s great! I gained a lot of new fans with the album, which I’m very happy with. And now I’m working on new music for my next releases.

T.H.E – You’ve mentioned garnering inspiration from Hip Hop and movie scores. How did you come about designing a unique sound, such as yours, from such inspirations?

Julian Calor – Those inspirations didn’t really made me change my sound, but it motivated me to experiment with different chord structures than mostly used in this type of music.

T.H.E – What are some of your favourite synths and vst’s for the studio? Any studio essential that you carry with you while touring?

Julian Calor – NI Massive is my favorite VST, because I learned what every knob does. I use Sylenth1 and Z3ta to layer sounds make them sound more fat.

T.H.E – Speaking about Evolve, diverse as it is, you chose to experiment with sounds as well as tempos. What inspired you to step away from the standard ‘128 bpm’ formula like most other EDM albums commit to, to create something unique?

Julian Calor – Making those down tempo tracks forced me to have a different approach to making melodies and sounds. It was so refreshing and fun to make those tracks. And that’s why it ended up on the album, because it adds some unique flavors to it.

T.H.E – The album has been 2 years in the making. Did you decide the direction you were going to take with the songs or did it all come together over this period?

Julian Calor – It all came tighter over this period. I learned new things with every track, and used that knowledge for making the next track.

T.H.E – How did you come about signing with Revealed Recordings? How much of an impact has the deal had on you, ever since?

Julian Calor – It had a huge impact on me and my career. A lot of doors have been opened for me since then.

T.H.E – How would you describe your sound? Are you influenced by the complextro sound in any way?

Julian Calor – That’s kind of difficult now, since i’ve released some different genres. But globally I would say; melodic, energetic and raw. I get inspired by a lot of genres, and some complextro tracks definitely inspired me.

T.H.E – The DJ support at festivals has been massive! What’s next for Julian Calor on the touring front?

Julian Calor – A lot of festivals in the summer and more intercontinental after the summer!

Back Again (By Julian Calor)

T.H.E – Thanks Julian. Wish you the very best in everything that you do! :)