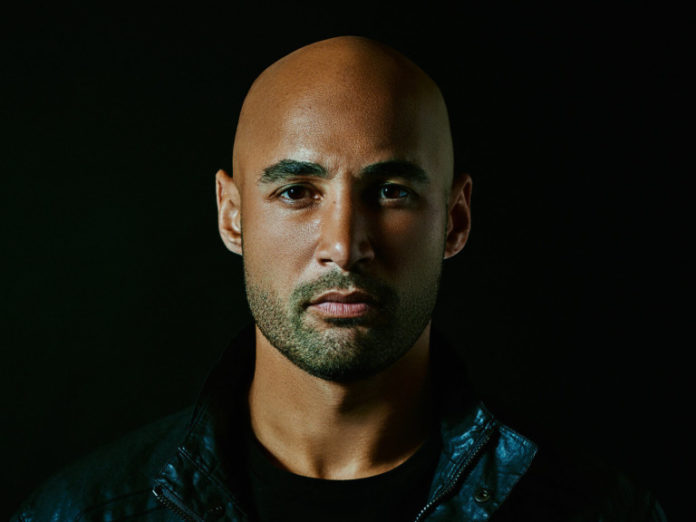 After first breaking onto the scene, as a then teenager, with 2000’s top 20 UK hit ‘Warrior’, going on to produce Example’s only UK #1 & 1.5 million selling single ‘Changed The Way You Kiss Me’ and holding down his new Las Vegas residency at LiFE at the SLS, Michael Woods is a well and truly established force to be reckoned with.

From an early age, Woods has prided himself on standing apart from the crowd. The son of a music teacher, the U.K.-born Woods was classically trained in a variety of instruments ranging from piano to percussion, and as a youth he even performed briefly with the London Symphony Orchestra. The experience this musicality has brought now sets his productions apart and gives him an edge on contemporaries.

Up next for the talented DJ/Producer is a tour of the Indian subcontinent. We caught up with Michael and had a word with respect to this tour, plus what can fans expect from it. We also discussed his production versatility showcased by some of his recent tracks, owning a record label and loads more. Here’s what he had to say! 🙂

T.H.E – Hi Michael! Thanks for taking the time out for this interview! How’s it going?

T.H.E – You will be making your way to India at the end of this month. What are you looking forward to the most?

Michael Woods – Mostly I’m looking forward to seeing and interacting with the ever-so-energetic Indian crowd – I’ve travelled to and performed in many countries but I’ve rarely seen crowds with so much energy and enthusiasm for music as I have seen in India.

T.H.E – What can fans expect from your sets? Any upcoming releases/collaborations that we can look forward to?

Michael Woods – The fans can expect a high energy set with lots of brand new exclusive music from all around the world, and they can expect to hear a few exclusives I’ve been working on in the studio plus my brand new single “Take My Love”. [Grab it here]

T.H.E – Let’s talk production! Some of your recent releases have shown the versatility that you possess. For example ‘London Baby’ showcase the big bassline while ‘Sleep’ was a much more chilled out affair. How did this come about?

Michael Woods – As not only a classically trained musican but also someone who has been producing music for the last 16 years, I love to explore and experiment with new production techniques and sound production. The truth is I never know what I’m going to produce until I actually sit down and start producing it – working in this way keeps up my versitility and ensures my songs sound different.

Michael Woods – I’m currently working on a whole bunch of new material, material that sounds like nothing I’ve ever made before and I think people are really going to love it – so stay tuned for more music for 2016.

T.H.E – What users might not know is that ‘Sleep’ also used real instruments and wasn’t entirely produced digitally. How was the production process for ‘Sleep’?

Michael Woods – As well as working digitally I love to record real instruments, having come from a musical family and being classically trained on several instruments including the piano and guitar – my studio houses a grand piano plus I have other instruments like acoustic and electric guitars and a violin, which I incorporate in to my productions. ‘Sleep’ was a great example of where I recorded and used elements of all 4 instruments.

T.H.E – Apart from releasing Beatport chart toppers, you also own a record label – Diffused Music. How has the experience of owning such an established label benefitted you as a producer? Any words of advice for upcoming producers?

Michael Woods – It’s great owning a label as I get to not only work on the music but decide how I get it out to the masses. My label Diffused Music is run under the almighty wing of the Armada label, which as you know is overseen by Armin van Buuren, which in itself ensures everything that comes out on Diffused gets the attention it deserves. Advice for any upcoming producers is to work hard and as I did devote every possible waking moment to making new music.

T.H.E – You recently performed at the Miami Music Week. How was this years’ experience different compared to the previous editions?

Michael Woods – Music Week in Miami this year was as hectic as its always been, filled with lots of enthusiastic music fans, promoters and DJ’s. Its great for me to be there, interact with all the fans and also to meet and catch up with all my DJ friends.

T.H.E – Thanks Michael! Looking forward to seeing you live in India. 🙂