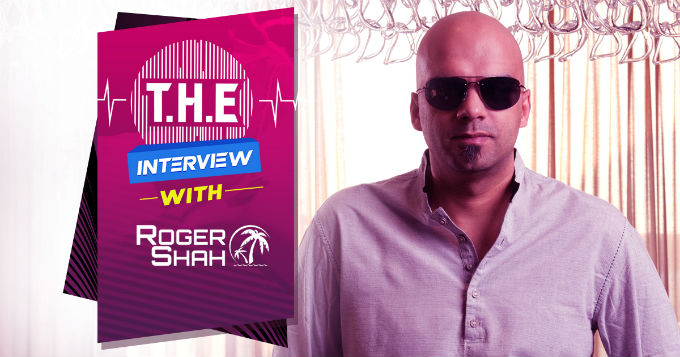 Roger Shah, Mr Magic Island, the master of the balearic sound is a 5 times awarded DJ Mag Top 100 veteran, being in the music industry for about 20 years, with more than 500 releases in more than 80 countries, countless hit records, his music videos watched about 90 million times, traveled around the world with his unique sound and live performances and has played at the most important clubs such as Privilege Ibiza or Zouk in Singapore but also at a lot of major festivals such as Ultra Music Festival in the olympic stadium in Seoul or at a lot of A State Of Trance events around the globe.

We had a chance to catch up with Roger right before the release of Magic Island: Music For Balearic People Vol. 6 – Mixed By Roger Shah. Check out our chat below where we discuss various topics about the compilation like the tracklist, the Balearic trance sound, and what makes him stay true to his roots. 🙂

T.H.E – Hey Roger, firstly thank you for this opportunity. With the huge success of your previous compilations, it is quiet inspiring that you still continue to take the “Magic Island” compilations forward. “Magic Island”, words which are perfectly suited to describe the feeling you get when listening to this compilation! Perfect for a mellowed day or even if you’re looking for an upbeat vibe. You’ve come so far and with each year you’ve grown tremendously. So congratulations on that!

Roger Shah – Thank you very much for your nice words.

T.H.E – Choosing tracks to be featured on your compilation must be a difficult task, how are you able to sift through the numerous amount of good quality music to find the ones perfectly suited for your compilation?

Roger Shah – I’m running a weekly radio show and record label under the same name, so I’m in touch with a lot of music every week, so there are tracks standing out for me and a lot of favorite tracks are getting signed to my label, those tunes are building the starting point when I’m working on a new mix album, then I’m sending a mail out to all my magic island artists telling them about a forthcoming album and a lot of my artists undersand the sound and working on some exclusive tracks for it. I think this is also something special about this mix album series, a lot of tracks are especially made for this annual journey and sometimes I even give some of the producers some ideas for directions.

T.H.E – You’ve collaborated with Aisling Jarvis twice on your compilation, how do you chose which vocalists to work with?

Roger Shah – Aisling Jarvis is the daughter of almighty Moya Brennan from Clannad, after I have worked with Moya on my single Morning Star i became friends with the family and got the chance to discover the amazing talent of her daughter Aisling. She will be also featured on my forthcoming artist album as well since her singing and song writing skills are extraordinary. For me to decide to work with a singer the singer needs to have the following things and I’m very picky about that stuff: Of course a great voice, I need to be touched by the voice and expression and I also like great singer/songwriter story telling skills, rather touching than being too cheesy but still trying to have a great sing along tune. I think that has been the key of the success for some of my older tracks which became classics.

T.H.E – How does this compilation vary from your previous ones?

Roger Shah – My compilation is always a great chance for me to show the world where I am as a DJ and showcase my wide range of styles. When I listen back to the previous volumes it is very interesting for myself to remember those times, vol 1-3 has been very balearic, vol 4 very progressive house influenced while vol 5 went back to be more melodic and prog trance. This volume has the widest and maybe wildest range of sound starting from very chilled deep house on 120 bpm and ending very banging 138 uplifting trance. I think there is no album out there like this.

T.H.E – Of all genres, why Balearic trance, what makes it so different in your view?

Roger Shah – I named it balearic because for me it’s more a lifestyle feeling rather than a genre. I was chosing balearic as a synonym for Ibiza and island which is the home of all musical styles combined. If you go there for a week you get the chance to listen to deep house, chillout, trance, techno etc, it’s a balearic island with no musical boundaries, this is for what I am standing for as well, so balearic is not a guitar style influenced trance genre for me which is what people sometimes are getting wrong about me, it way deeper for me than that, so thanks for asking about it, I hope I could clarify 🙂

T.H.E – Through all the change in the music industry how do you manage to stay true to your roots?

Roger Shah – As I just said my roots have a wide range of sound involved so I never get bored to stay true to my roots, same time I really don’t care about the sound around me, about what is hot or not and I just do the music I love to do for myself. A lot of people also don’t know that doing dance music is just 33,3% of what I’m doing musicaly. I also work on a lot of orchestral stuff for some companies in Hollywood, also planning to release a full orchestral album to showcase that side of me to the world as well and I also just finished a full yoga/meditation album which is for a totally different but interesting market as well.

Roger Shah – It’s my passion for the music and also the chance to showcase and share my radio show sound on an album, it became a kind of annual summer soundtrack for a lot of people and I always receive countless messages if they can expect a new volume, so how could I say no?

Roger Shah – For some reason the perfect track selection comes to me in a natural way by just following my feel, vibe and flow. Also as I mentioned a lot of tracks are custom made for this album and I also wanna thank all the amazing artists on this album who are willing to do some changes sometimes to make it a better fit to the album with special edits etc

T.H.E – What do you look for in each track before adding it to the compilation?

Roger Shah – It needs to have a special vibe and feel, for CD1 I’m always searching for those deep and moody tracks with a warm summer atmosphere while for CD2 I’m looking for the tracks I would play during my club and live shows.

Roger Shah – I thank you guys, enjoy your summer.

If you haven’t yet, you can purchase your copy here.