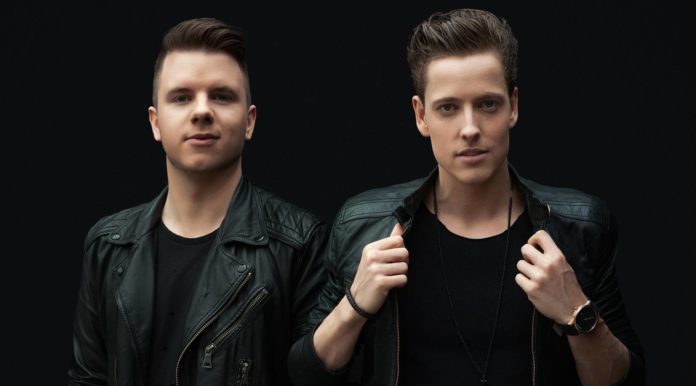 From sky-rocketing to instant fame, following some massive productions over the last few years, the dynamic duo, Jim and Ray, also known as ‘Sick Individuals’, need no introduction.

2016 has been nothing but stellar for the lads so far, having released some exceptional music, including their latest original “Mrs” and the recently released remix for Moby’s Porcelain, alongside a mammoth performance at Tomorrowland, Belgium. There’s lots more to come from them and we caught up with the duo to talk about just that.

Varun – Hi Guys, thanks for taking time out for this interview! How has 2016 shaped up for you so far?

Sick Individuals – 2016 is already one of our most productive years so far, and that says a lot. This year we have already been able to play at some of the biggest festivals like Ultra Music Festival, Tomorrowland,  and on Ibiza @ Ushuaia! Also we released some great songs, of course including ‘Into the Light’, ‘Mrs.’ and of course a whole lot of great remixes and THIS IS SICK podcasts. This year is simply amazing and there’s a lot more music coming in the near future! Actually on the 12th of August another original will be released!

Varun – Your productions have been doing extremely well on the charts and you’ve released music on the biggest labels. Do you plan to push the envelope by branching out of your comfort zones and experimenting more?

Sick Individuals – Of course! Standing still means you’re not developing yourself or your music whereas we always try to be progressive and we built two studio’s to do so accordingly in the centre of Holland. We try to make every song sound unique and original, but we are definitely working on music that might be categorized differently than our past work. It is great that our music is doing extremely well, but we will never sit back and watch. We experimented a bit with our most recent track called Mrs. But we keep on producing progressive and electro house of course!

Varun – You’ve recently released a new remix for the legend, Moby! How did you go about planning the remix, given that Porcelain is one of the biggest classics of its time?

Sick Individuals – Obviously we wanted to keep the original vocal of the classic and add to that, rather than making something completely new. The song is indeed a classic and therefore we approached it carefully but we think we found the right balance between our signature sound and keeping the vocal.

Varun – Dance music is evolving, or rather expanding, to newer audiences and listeners. What’s your take on the current crop of producers experimenting with newer sub genres?

Sick Individuals – People expect new music all the time and it is up to the DJ’s and producers to deliver, which we gladly do as well. It is always good to keep experimenting and see if you can deliver something exciting that the fans are looking for. Music, especially EDM, is always in development and it is exciting to see that so many new things are currently happening in the scene.

Varun – We hear you’ve collaborated with an Indian artist on an upcoming track? Can you tell us more about this record? How’s it coming along and when we can expect it to be released?

Sick Individuals – Yes that is correct, a collab with Lost Stories and Bollywood star Armaan Malik, this track will be released on the 15th of August during your Independence Day! Actually this production came along quite fast, the vocal from Armaan was superb and Lost Stories already made a great composition.
We are proud we could work with these two very professional and talented Indian musicians!

Varun – What is the best advice you would give to upcoming producers, which has not been given, already?

Sick Individuals – That is difficult, haha, the best advice has already been given: stay true to yourself and your own sound. Being unique, original and having your own image is important. Having fun is as well; do what you like in your own way, show it to people and play as much as possible. Have fun, be unique and don’t do it if your only goal is to become famous, then you’re already halfway there.

Varun – You guys have been strongly campaigning for the DJ Mag rankings this year. Any message that you’d like to give you’re fans through this interview?

Varun – You guys have a strong connection with your Indian fans and have toured often. What is your favourite experience that you took back from India?

Sick Individuals – The crowd is just SICK, really amazing. The culture and vibes in India are really unique and crazy; so many smiles and happy faces, truly amazing. We will be back in October!

Varun – What are your 5 ‘Essential’ tracks at the moment?

SICK INDIVIDUALS – Against All Odds (not released yet)

Varun – Thanks Guys! Wish you the very best with your future endeavours. :)

Sick Individuals – Thank you for having us!

With fresh new releases on the horizon, it seems there’s no stopping these rising stars, so look out for their upcoming releases and be sure to catch SICK INDIVIDUALS at one of their live performances.

Stay tuned, because THIS IS going to be a SICK year!