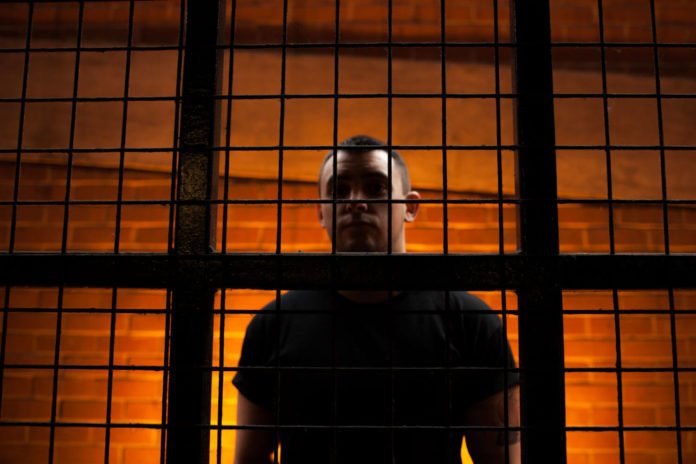 2015 was an incredible breakthrough year for Kokiri. With his debut single Retrospect (Turn Back Time) released on Ministry of Sound (UK) and Atlantic Records (US), 25 Year old Liverpudlian Kevin Williams had the kind of introduction to the world dance scene that most producers would die for.

Annie Mac made the track her special delivery, hammering it on her Friday night BBC Radio 1 show. Colleagues Danny Howard, Pete Tong, Mistajam and Greg James all followed suit. Club support came from far and wide with The Magician, Oliver Helens, Tiësto, EDX and more all hammering the feel-good anthem of the year.

We got in touch with Kevin and spoke to him about this single and plenty more. Read our chat below! :)

T.H.E – How did the collaboration come about with drum and bass icon Adam F and singer/songwriter Rae?

Kokiri – I was brought up listening to UK Hardcore and D&B and so I’ve always been a fan of Adam’s stuff from a young age. After hearing some of my music, Adam got in touch with me earlier last year to see if i wanted to do a studio session together. We decided to get together and see what we could come up with. Rae is an insane vocalist and songwriter and so when we had a demo of our track ready we got in touch with her to see if she wanted to be part of the collaboration.

T.H.E – Why did you choose Radio 1 DJ Danny Howard’s label Nothing Else Matters as the platform to release ‘Harmony’ on?

Kokiri – Danny has always been a supporter of all of our stuff, NEM is a great label with an array of talent and so we decided that it was the best choice for the track, it’s in good hands at NEM.

T.H.E – What is the inspiration and meaning behind Harmony?

Kokiri – Each of us have our own interpretation of what it means to us, to me the inspiration behind the track was that we wanted to make a track that was a nod back to the early 90s raves. We wanted to make something that felt nostalgic but modern at the same time. The meaning behind the track is as literal as you can be ‘Harmony’, everybody happy together, having a great time without a care in the world.

T.H.E – Your remixes are sought after with everyone from Craig David, The Magician and Sam Feldt wanting your magic touch. Is there a process to choosing tracks to remix? Do you have full creative freedom over how you remix the track?

Kokiri – Yes of course, remixes come through and if i like the track or feel as though i could do it justice and give the original artist a remix they can enjoy then i always say yes. I love making remixes too, theres alot of creative freedom with doing a remix, to me it’s like giving your own interpretation, so it’s almost like if it was a story it’s your version of events.

T.H.E – 2015 was such a huge breakthrough year for you, with gigs at Egg London to Ibiza Rocks and the Radio 1 team such as Annie Mac, Pete Tong and Greg James all playing out ‘Retrospect’. Were there any learning curves during 2015 that helped prepare you for the release of ‘Harmony’ and what you would like to conquer in 2016?

Kokiri – I’ve always been a producer, i’d do a few sets here and there but i’d always been in my studio doing stuff and so a big learning curve was getting used to doing a vast amount of shows to audiences much bigger than i’d played to before so that was something. Another thing that helped me prepare was trying to do something different, in 2015 there was a lot of piano driven tracks so with Harmony, we had to approach it differently to keep it sounding fresh.

T.H.E – What’s the inspiration behind the name, Kokiri?

Kokiri – Haha, I’m always asked this and there’s a short answer and a long answer, I’ll tell you both;

Short answer:
It’s characters from my favourite game growing up.

Long answer:
So growing up my first ever console was an N64, my favourite game for this console was The Legend of Zelda: Ocarina of Time. I used to play the game religiously growing up (and i still do now!) Now in the game there are a set of characters called the ‘Kokiri’ now these characters are childlike people who live in the Kokiri Forest. They never grow old and they’re never able to leave the forest or they die. So when i started my Kokiri project i wanted it to be nostalgic and a nod back to the house roots i was brought up listening to, so i chose the name Kokiri based on the fact that this sound i was making would ‘never grow old’ despite it’s age and if i left, the sound would die.

T.H.E – Do you have a process that you follow when you’re in the studio, creating new tracks?

Kokiri – I have a few different methods i do when trying to make new tracks, sometimes i’ll spend hours upon hours going through the acapellas i have trying to find a catchy hook or a vocal i like, other times ill spend designing sounds to be used in my projects. It all tends to end the same way, i’ll open up my DAW and just start throwing things together to see what works and what doesn’t but most of the time if i’ve just gone straight to my DAW, i’ll always start with my percussion.

T.H.E – How do you overcome a creative block?

Kokiri – With creative blocks they way i get past them is by listening to different genres of music. I try to remove myself from the genre i’m making and listen to only other stuff. Whilst listening to the other stuff i try and pick up on little things that are happening in these tracks that i could then impliment in my own music, i’m forever trying to keep my music as interesting as it can be.

T.H.E – Can you remember the first moment you interacted with music and realised that this is what you wanted to do as a career?

Kokiri – There’s actually a story behind how i got into making music. So as i said above, my brother brought me up on House music and UK Hardcore. When i was 13 he played a track to me he had on vinyl and explained that the lad who made the song made it in his bedroom. I didn’t understand this as i assumed you needed a big massive studio to make music, I’d played like Music 2000 before but i didn’t know you could do this to a bigger extent on PC’s so i did a little bit of research online and found out there were programs you could use. I got a few programs and used to spend hours just playing about and slowly i taught myself how to throw songs together, and now, 12 years on here i am!

T.H.E – What music have you been listening to a lot recently?

Kokiri – Recently I’ve been listening to alot of Synthwave music, i just love the retro feel to it, the big detuned leads, the overlapping melodies and the brash snares and tom’s. I’ve been drawing a lot of inspiration from a handful of artists recently such as; Mitch Murder, Timecop1983, Com Truise to name a few.

T.H.E – What’s next for Kokiri? Is there a full-length album in the pipework’s?

Kokiri – Well hopefully there will be an album coming at some point in the near future, i’ve got a lot of special tracks that I’ve done over the past few years that i would love to put together on an album but as for now i’ve got a handful of originals that i’m currently finishing off and getting them ready for release. Lets see how Harmony does and we will take it from there i suppose! 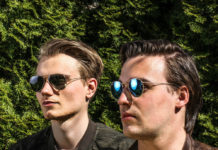 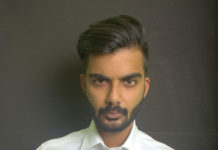