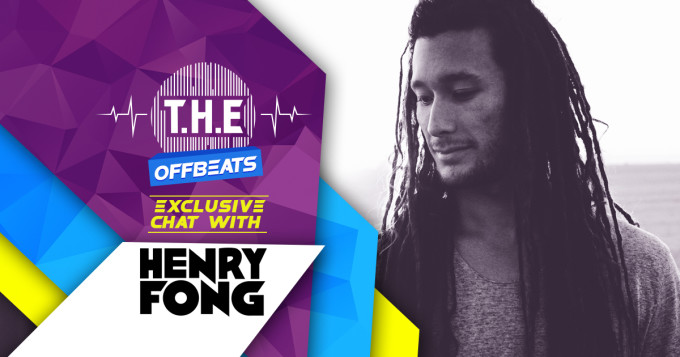 In what has been a whirlwind few months, Henry Fong’s characteristic groovy electro-house sound, coupled with his precise DJ skills, have launched him as one of the best new acts around.

Henry’s musical ambitions began after college graduation, when producing & DJing grew from merely a hobby to a way of life. Now calling LA home, the young producer has been on a production rampage, resulting in multiple Beatport Top 10s and tracks on OWSLA, Hysteria, Revealed, Spinnin’, Doorn, Mad Decent, Musical Freedom and more.

We got a chance to speak to Henry about one of his recent releases, ‘Wine Dem’. Check out our chat right below. :)

T.H.E – Hey Henry! Thanks for talking to us! What can you tell us about your recent release, “Wine Dem”? How would you describe this track?

Henry – It’s one of my favorite releases so far because I think it really defines my sound. It’s short, intense and to the point—plus there’s lots of dancehall/reggae influence!!!

T.H.E – Walk us through the production process behind, “Wine Dem”.

Henry – It all started with getting the vocal together, then came the horn sections and the drop was last. I was aiming for some authentic reggae sounds for the track, which you can feel with the old school guitar skanks and drum fills.

Henry – The “Wine” is a wild dance that girls in Jamaica do with their hips. When I heard the vocal saying “wine dem,” it just worked!

T.H.E – What is your vision for your label, “Banzai”? Where do you see it 5 years down the line?

Henry – My main focus is to release quality club music. I started djing and producing originally to play my music in the clubs, and I want to evolve that style of music by releasing fun, energetic tracks.

T.H.E – Do you have any more projects lined up for this year?

Henry – Tons of new stuff in progress! I’m working with some rappers and reggae vocalists for some originals and continuing the reggae influence in my music.

Henry – I’ve been digging these songs lately and using them in my sets!