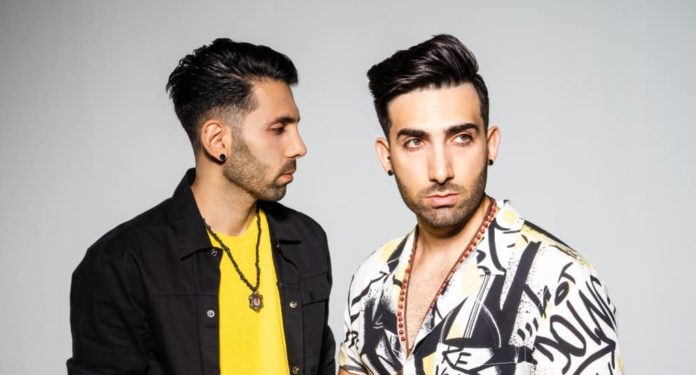 Armia and Arsham, otherwise known as the Vessbroz have had previous successes that have seen them top the most influential charts such as iTunes, Beatport and Billboard and gain support from industry giants like Nicky Romero, Hardwell and Timmy Trumpet.

Their latest release ‘In The Dark’ was recently released on Spain’s iconic dance label Blanco Y Negro and has been making its way around the dance scene. We caught up with the brothers to discuss their latest hit, check out what they had to say below.

T.H.E – First off, what a great track! Tell us a bit about the inspiration behind it?

Vessbroz – Thanks for the compliment. Are you lost in the dark?  That is a question that each of us may ask ourselves from time to time! We tried to show that with this music and music video.

T.H.E – How would you describe the release to someone who hasn’t heard it before?

Vessbroz – It is something between Pop, Progressive House. First, we tried to make a pop song with a slower BPM but then we changed it to a faster tempo with Mark Voss, who is the co-producer of this song.

T.H.E – What is your favourite part of the track?

Vessbroz – It’s hard to say because each part is like a journey and without one part, the other parts do not make any sense. We love it all :)

T.H.E – What was it like working with Blanco y Negro again?

Vessbroz – They are amazing people and so easy to work with. We love the fact that they are attentive to each of their release and support the song and artist in any way that they can.

T.H.E – How did you discover Michelle Montezeri?

Vessbroz – Well, we had an interview on a Persian TV show and Michelle’s father saw it and told Michelle about us and she reached out to us by email. We checked her YouTube channel, and her voice blows our mind. Very powerful but yet very sweet. She came over from the U.S to shoot a music video for this song and that is how we met for the first time in person.  We had so much fun during shooting 360 music video and she is such a nice person!

You can watch this 360-music video here:

T.H.E – Did you have to work virtually on this track or was this made pre-lockdown?

Vessbroz – It took us almost one year to make, find the right label, and release so luckily, we had this finished before lockdown! This is going to be our last progressive House kind of song for now. We are making a different sound now that represents who we are!

T.H.E – What goals did you have when you began working on the track?

Vessbroz – Well at first, we wanted to create Middle Eastern Pop music that connects eastern music with the western world but then we also wanted to make a dance version. After we made this version with Mark Voss, we decided to just release a dance version for now but maybe in the future, we’ll release the pop version too.

T.H.E – Did ‘In The Dark’ live up to your expectations?

Vessbroz – Well, not 100%. We wanted to make something totally different but somehow, we ended up with this version but we are happy with the result so we decided to release it this way.

T.H.E – Who would you love to see supporting the release?

Vessbroz – For this song, we love to see Armin van Buuren, Hardwell and Nicky Romero support. This song is close to what they currently play.

T.H.E – What else is in the pipeline for the Vessbroz?

Vessbroz – We are currently working on a new album about our life story and this album is so important for us. Also, we are extending our weekly radio show even further by adding a weekly interview with our special guests. In this 10-minute interview, we are discussing topics that help artists boost their career and so far, we released 5 interviews including one with Blasterjaxx.

Vessbroz – You can stream to listen to our new song on this link, show us some love by sharing it with your friends :)