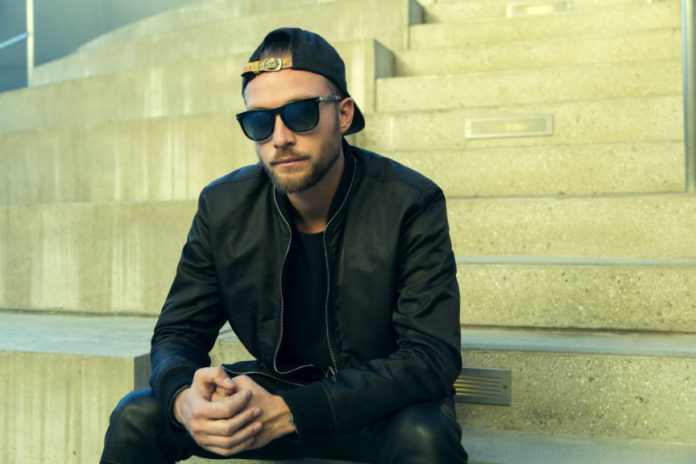 While there’s been a swift revolution in the electronic music scene, French House star Norman Doray’s discography boasts of a rather solid collection of Disco infused, Progressive House music, true to his roots.

Norman’s early exposure to disco and his influences from Daft Punk and Cassius amongst others, have been instrumental in helping him carve out a niche sound of his own, while also being touted as one of France’s finest electronic music exports. With a number of hit singles to his name, Norman’s recent smash hits have propelled him to soaring heights. We caught up with Norman backstage at the Vh1 Supersonic festival, Goa 2015 and spoke to him about his inspirations, his associations with Steve Angello and Arno Cost, the growth of the groove cartel scene and loads more!

Auxport: Who have been your influences and inspirations to start making your own music?

Norman: Umm…….i don’t know i have always been passionate with music so i always wanted to make my own thing, So i would be able to travel the world you know. When i was 20 years old i started to make music and since then i have never stopped.

Auxport: If you weren’t a DJ, What would you be doing right now?

Norman: I would probably still travel and surf the best waves in the world….hahahaha.

Auxport: How influential has been your association with Steve Angello, Axwell and Avicii in your Productions?

Norman: I mean they are friends you know…I love them. They are really nice people and it’s always great to be around them because there is a lot of inspiration.

Auxport: What if we focus on Steve Angello?

Norman: Steve is like a brother to me. He is someone who has always trusted in me and my music. So….you know…..Size Records is like a family to me.

Auxport: What do you feel about the growth of the labels Code Red, Sosumi and Staar Traxx this year?

Norman: Yeah i think that’s great. You know….they have a different direction with music…..like they give the music for free, They release really good underground music….it’s not underground but it’s not commercial as well. It’s a good balance and i love that and Kryder & Tom [Staar] are really good friends of mine so i love them.

Auxport: How has the Groove Cartel scene grown since last year?

Norman: It’s amazing you know like we…i mean we have been doing some shows in 2014 but now we are doing bigger shows and people seems to like this new trend and especially that is why I made that track #BringBackTheGroove along with Bottai. It is important to show people that we can play big stages but Groovy Music is not your usual “EDM Banger”.

Auxport: Name your Favourite track of 2015.

Norman: Good question……umm……it’s always hard to pick one track. Umm…I don’t know actually there are a lot of nice tracks.

Auxport: Whatever’s stuck in your mind.

Norman: I like that track from Kryder and Tom [Staar] called “Puta De Madre”. I love that because it’s a bit different from what’s going on around.

Auxport: How often do you like road testing new music in your sets?

Norman: All the time.

Auxport: Did you play some unreleased stuff here at Vh1 Supersonic?

Norman: Hahaha good question…..I don’t know if I played something new here…..umm not sure if i did because i released a lot of new music in past couple of months so i just played all the latest ones i had.

Auxport: What do you feel is the best part about collaborating with your friend Arno Cost? How would you Define his sound?

Norman: Firstly, he is my best friend and my brother so you know we talk everyday, everyday of the year hahaha…..Back in the old days we came here in India together and one day we decided to do our own thing because we are brothers and we love each other. But we have totally different sounds, he is way more Progressive and i am way more Groove and Disco thing. So the good thing is when we work together….it works out perfectly you know.

Auxport: Alright! That’s it, Thank you for the interview.

Norman: Thank you very much.