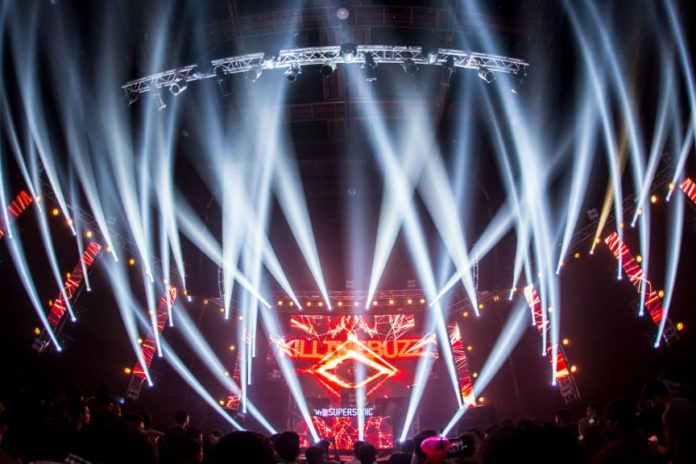 Adding to the state of euphoria, we also managed to catch up with Joey Dale, Manse and Kill The Buzz at the Mumbai leg of their Revealed Asia Club Tour! Read on for excerpts from the interview with Kill The Buzz.

Kill The Buzz – It’s been really fun so far. I was actually in Vegas playing at Hardwell’s shows and then went to Texas and Ibiza from there before joining this Asia tour.

T.H.E – You were in Delhi last year for the I Am Hardwell show. Did you think you’d be back here playing a show?

Kill The Buzz – Well the thing I noticed about India was that when you’re playing a set there’s obviously people coming in all the time but everyone who’s there has really come out to dance and to party. So that’s the thing I loved.

T.H.E – What’s your opinion on the DJMag poll and how much attention should an artist pay to it?

Kill The Buzz – I was discussing this with Dannic the other day and we both have the same opinion about this. A little bit is important but not too much of it. As an artist you’d rather focus more on your music. I’m trying to work on more radio friendly music.

T.H.E – How about a collaboration with the guys on this tour?

Kill The Buzz – I’ve done a collaboration with Manse, and I’m currently working on something with Thomas Newson, also talking to Joey Dale about working on a track together. I did also receive a demo from Tom Swoon who is an artist I’d really want to collaborate with but he has his own sound and I have my own so we’ll have to see how that works out.

T.H.E – How has the response to your tracks on Revealed been, “Life is Calling” for example?

Kill The Buzz – Well that track I did with Joey Suki and it hit the top 10. It also got a lot of radio plays,and I’ve had texts from people in Russia and the United States telling me that they heard the track on radio so that feels nice.

T.H.E – Since you’re from Europe, the Home of football, Messi or Ronaldo? And who can become the next player to emulate them?

Kill The Buzz – I know there’s a big fan base for both Messi and Ronaldo so I don’t want to upset people by picking one! But yeah Neymar can become the best in the world, Memphis is good but he would have to step up his game.