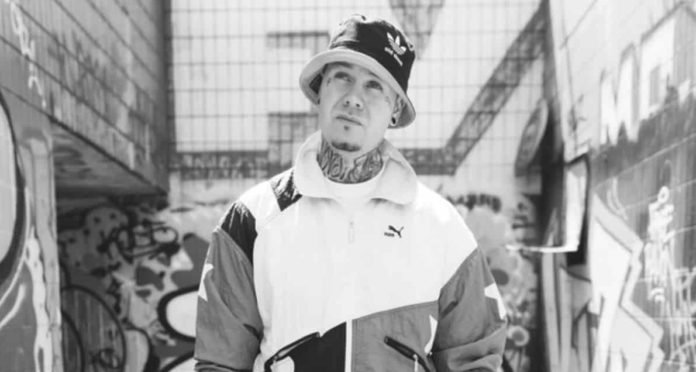 Hailing from Manchester UK – Multi-Platinum DJ/Producer White N3rd unveils his highly anticipated single, ‘Adore U’ (U Got It Bad) ft. Daniel De Bourg. We grabbed a chat with the fast rising British artist on his journey so far & plans for the future…

White N3rd – Yesssssss thanks for having me peeps, really appreciate it!! 2020 has been a bit of a mad one already, 4 singles deep and the feedback has been sick!! So, I’m buzzing right now.

T.H.E – Congrats on your new single, ‘Adore U’ (U Got It Bad) – can you tell us about your production process/inspiration behind the track?

White N3rd – Thx appreciate the love!! Yes, I mean with regards to production I actually made this song about 5 years ago working on some house songs for a project I was working on for Polydor but never finished it. I just had this idea of having a part of the vocal on the verse on the Usher hit – ‘You got it bad’ cut and repeated and made into a new song and voila ’Adore U’ was born.

I wanted to give it a fresh vibe, so last year I pulled up the original logic session and added some nice Rhodes from a plug-in called TrackGod gave it a smooth RnB chord progression dropping into some 1980’s sounding bass/synths from the Nexus plug-in. I added the vocal chops you hear on the main hook riff from Arcade by Output with the plug-in called ‘Hooked’ which has 100’s of different vocal melodies and samples it’s pretty sick tbh… it gave it the finishing touch it needed.

T.H.E – Is this the first time you’ve worked with Daniel De Bourg & how did the collaboration come about?

White N3rd – No I’ve worked with Daniel many times before and I was actually working at Wendyhouse Studios in Shepherds Bush for a week straight on my own project when I was signed to Universal Records and I wanted someone to re-vocal the Usher vocals and to me Daniel has one of the best RnB voices period. So, I called him up to do the session, he came and boom 45 minutes later all the vocals were laid down and ready for me to mix – he literally did them in one take, absolute gangsta with the vocals.

T.H.E – You’ve firmly established yourself as an artist in your own right, what first inspired you to get into electronic music as a producer/DJ?

White N3rd – What inspired me to get into electronic music as a producer/DJ would be acts like Diplo, Le Youth, Calvin Harris – these were a few of the people that made me want to be an artist and make solo music. What made me get into electronic music period from when I very first started making beats were Michael Jackson, 2pac, The Neptunes, Timbaland, Missy Elliot, Swizz Beatz, Kraftwerk. That’s just to name a few. I was obsessed with synths always have been and these guys were my mentors.

T.H.E – With previous singles including ‘Freaky With You’, which has gone onto hit almost 6m streams – what’s been a standout moment in your journey to date?

White N3rd – My standout moment would be maybe after I decided to not re-sign my record deal and go 100% independent and finding out ‘Diplo; had been playing my stuff on his Radio 1 show Diplo and friends and his show on Sirius XM too. That was a real recent standout for me as it showed me of the music is good it will speak for itself.

T.H.E – Looking back at your journey so far, what’s the biggest challenge you’ve faced?

White N3rd – My biggest challenge would be probably deciding not to sign an 8-single deal with a major label and lose quite a bit of money and go 100% solo. It meant me having 100% control creatively (which I wanted) and also on a business side (so I could release when I want) but it also meant a lot of pressure/responsibility as the buck stops with me and I have no one else to point the finger at if things aren’t going good and not going in the direction I want. A lot of pressure but I love the challenge.

T.H.E – What can we expect to see, on the Live schedule front from you this year?

White N3rd – My Live schedule this year right now is on hold, while I’m getting all my releases and also my label sorted. I just don’t have time to gig right now and I want to make sure there’s enough good content of mine out there to create the demand for people to want to see me Live.

T.H.E – And finally, what’s next for WHITE N3RD – any other upcoming projects you can share with us?

White N3rd – Well apart from releasing all my own material. I’ve just co-wrote Armand Van Helden’s new single ‘Give Me Your Loving’ which just came out and Annie Mac made Hottest record in the world. I’ve actually got another song I’ve produced which looks like it’s going Top 40 this week (but that’s hush hush lol…) I’ve got a few big songs that have been taken by artists to cut, its all early doors but Mark Ronson is exec producing one of them so should be pretty interesting to see what develops as the artist is one of the headliners at Glastonbury.