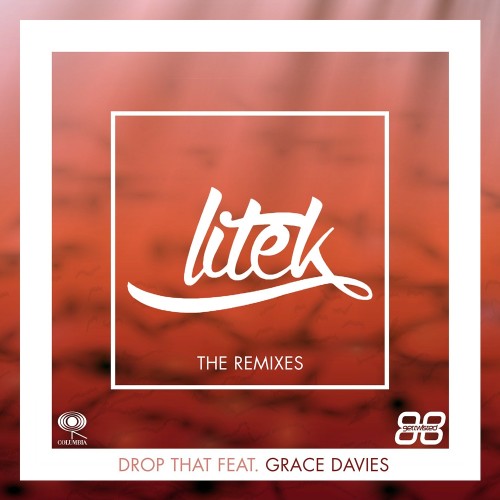 Get Twisted Records releases the remixes of LiTek’s huge track ‘Drop That’ on 10th June, featuring remixes from some of the most respected names around – Danny Howard, Riddim Commission, Blaise, and Dantiez Sanderson.

Featuring the deep, sultry vocals of Grace Davies, ‘Drop That’ is a bass-heavy floor-filler with a drop to keep the peak-time club crowd on its toes!

Hailing from Ukraine, but now Manchester-based, House DJ and Producer LiTek found his calling at the age of 13 and hasn’t taken his hands off the decks since. His love of DJing naturally evolved into production, and he has worked endlessly producing highly acclaimed singles and remixes, gaining support from an increasing number of DJs, and radio stations around world, including Mark Knight, Monki, Tough Love, EDX, and Charlie Tee.

LiTek also recently contributed to Get Twisted’s compilation Let’s Get Twisted Volume 4 (released 26th February 2016) with ‘Pots & Pans’. Other labels that he has worked with include Love & Other, Parlophone, and Nite Records, making LiTek one of the main names to look out for in 2016.

Get Twisted has gone from strength to strength, having signed an imprint deal with Columbia Records in 2015. Owned by the acclaimed London-based duo Tough Love’s Alex and Stef, Get Twisted’s unique sound of bass infused house cuts mixed with R&B, 90s dance and garage has made the label a force to be reckoned with.

Get Twisted’s growing roster of talent includes Roger Sanchez, Todd Terry, Sandy Riviera, Amine Edge & DANCE, and Hannah Wants, alongside up and coming talent AS I AM, Newbie Nerdz, Jaded, and Midnight City.

Listen to the Danny Howard remix below.