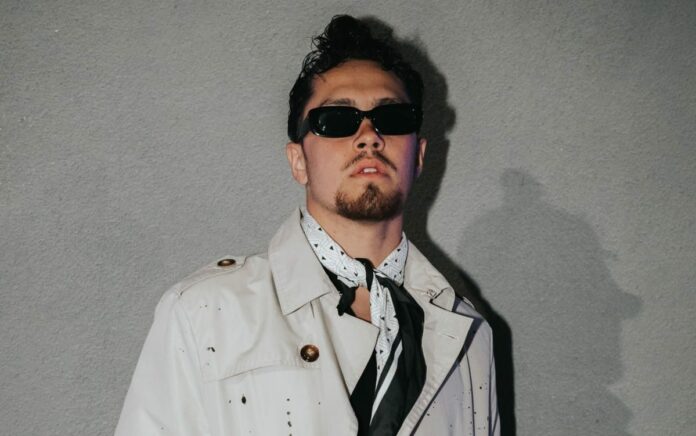 The DJ/producer shot the stunning clip at El Mirage Lake in Southern California’s Mohave Desert with director/videographer Matthew Chirico (Ingrid Michaelson, ZAYN), who also helmed the official video for his previous hit, “Do It To It.”

Clad in white, a group of dancers instinctively follow ACRAZE’s lead as they bring life to the universal longing for a miracle, the power to push forward and attain what seems out of reach.

Released earlier this month by Thrive Music/Capitol Records, “Believe” appeared on 43 New Music Friday playlists and is already being spun at BBC Radio 1 and leading Top 40 stations around the globe. In this clip for the GRAMMYs TikTok, ACRAZE breaks down how to make a beat in 60 seconds with “Believe.”

Billboard said, “‘Believe’ parlays a killer early 2000s track into modern dancefloor fare, morphing the buoyant 2000 hit ‘Toca’s Miracle’ by German trance trio Fragma into something deeper, darker and housie-er via a rework of the vocals and track done in collaboration with production duo Goodboys.” EDM.com noted, “’Believe’ is an uplifting house record with a deep-seated plea to find meaning in life. The underlying message builds stronger with dramatic, cinematic tension, which ultimately releases in the track’s cathartic drop.” Check out ACRAZE’s recent interview with This Song is Sick HERE and listen to his appearance on the “Back To Back With Willy Joy” podcast HERE.

ACRAZE gave “Believe” its live debut during his massive Do It To It summer tour – a 60-date outing that took him to 19 countries and included marquee billings at Ultra, Tomorrowland, Sensation and other festivals. He also performed alongside DJ Snake at his stadium show at Parc des Princes, Paris, packed with 80,000 concertgoers. View highlights HERE.

Released in August 2021, ACRAZE’s “Do It To It” (ft. Cherish) has racked up over 12 billion combined streams worldwide to date. It was the U.S. winner of the 2022 iHeartRadio Music Award for Dance Song of the Year.

Certified Gold or Platinum in 14 countries, including the U.S., the song has topped the Beatport chart and the U.K. dance tally, appeared in the Top 15 of the global Billboard 200 and entered the Top 20 at U.S. Top 40 radio. “Do It To It” was tapped by Pepsi Wild Cherry for a major advertising campaign.

ACRAZE has gained the support of Tiësto, Diplo, DJ Snake, The Chainsmokers, Steve Aoki, Chris Lake, Zedd, Martin Garrix and numerous other artists. Dancing Astronaut observed, “Few acts in dance music history have blown up as quickly as – or to the viral extent of – the Staten Island-born sensation known best as ACRAZE…[he] is simply on a different wavelength, blazing a new trail forward at a breakneck pace.”