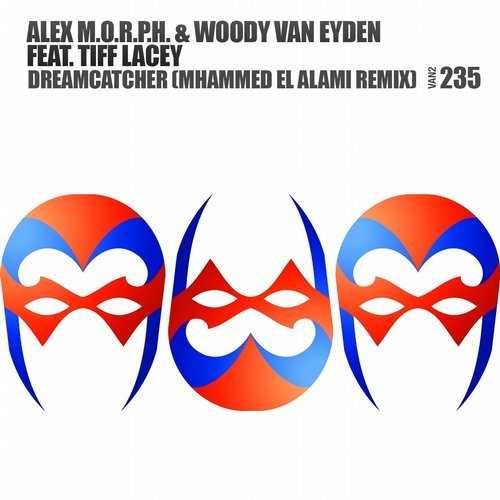 Alex M.O.R.P.H., Woody van Eyden & Tiff Lacey – what more, we ask, could your average self-respecting trance devotee ask for on a release?! The short answer is nothing. But we’re going to give you one anyway!!

Joining the merry producer/singer/songwriter band today (and remixing the hell out their already pretty stellar ‘Dreamcatcher’) is Mhammed El Alami. Of late, Mhammed’s been making his production presence felt in no uncertain terms. In just four years, he’s been the lynchpin behind close to 40 floor-wowing releases. His first studio work of 2017 sees him take Alex, Woody & Tiff’s ‘Dreamcatcher’ later still into the night.

Plucked from the hallowed grounds of Mr. M.O.R.P.H.’s 2016-smashing ‘No All Superheroes Wear Capes’ longplayer, the track has already established itself as one the release’s standouts. Mhammed gathers prowling 303 bass, reverberating drums and intent-filled sub-riffs around Tiff’s hymnal refrains. In the drop, Alex & Woody’s esoteric air-spun piano lines defy gravity, cutting straight to the heart of ‘Dreamcatcher’. At its peak, Mhammed re-engages the production engine and Vesuvius-like, brings his rework to its molten conclusion.