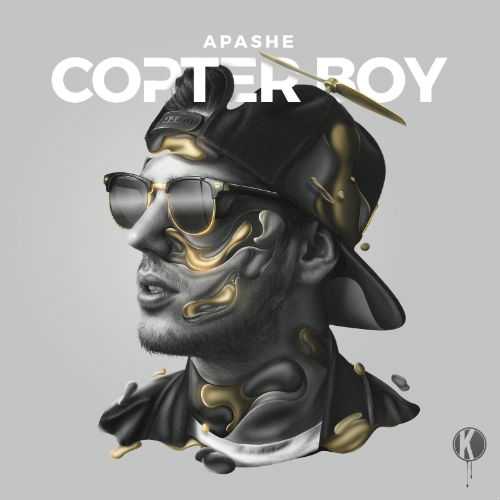 Apashe unleashes his debut album, Copter Boy, via Kannibalen Recordings. The culmination of over a year’s hard graft and his most ambitious project to date, this is a long player that will set Apashe apart from his peers.

Having already teased the album with the release of his Star Wars themed tour intro, his politically satirical (and NSFW…) video for Fuck Boy and his team-up with Kaytranada collaborator, Wasiu, Apashe is ready to set the dance music world alight with 11 tracks of intense bassline madness.

Copter Boy features collaborations with some of the boldest and brightest in the game. From the opening gambit of Fuck Boy, featuring The Blue Violets’ Kandle to the closing bars of The Landing featuring Wasiu, the album is packed with fresh ideas, executed with pinpoint precision.

While dancefloor fans may feel tracks like Day Dream, Fire Inside VIP or Unsafe featuring drum & bass Übermensch, Phace are standouts, there is plenty here for listeners outside of the small hours of the morning. Without doubt Copter Boy is an album which dedicated followers and new fans alike will be banging for years to come.