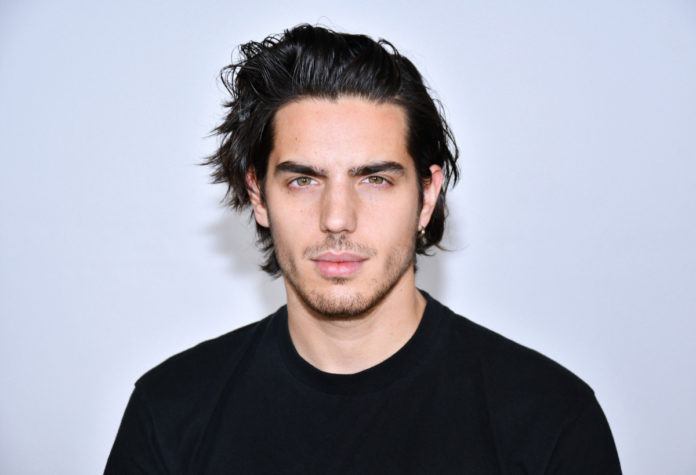 Returning after the release of his 28-track Renaissance remix album earlier this year, esteemed talent Apashe is back with his ‘I Killed The Orchestra’ EP.

The massive offering features a brand new single, ‘Witch’ with Ukrainian rapper Alina Pash, and recently released singles, ‘Time Warp’, ‘Never Change’, and ‘More More More’, all of which have combined for +3,000,000 Spotify streams since release. The ‘I Killed The Orchestra’ EP is available now across all streaming platforms via Kannibalen Records.

Building with a transmissible fire throughout its 3-and-a-half minute long run-time, ‘Witch’ explodes with a raw, high-octane bass drop. Apashe displays the diaphanous sounds of the FILMHarmonique Orchestra and transforms it into a discordant, heavy-hitting masterpiece. Taking the experience of ‘Witch’ even further, listeners can also watch the divisive music video below.

Up next, ‘More More More’ takes the reins, kicking off with vocalist and TikTok star, Lubalin’s emotive lyrics paired with a rising sonic backdrop. The exhilarating endeavor is rife with a low temperate bassline and eclectic, percussive elements, taking listeners through an unmatched musical journey.

The dominating song is like no other, showing off Apashe’s sound design sensibility and expansive prowess. ‘Never Change’ begins with a snarling intro, morphing into uncharted territory with a distorted and bouncy bass drop amid horn sections, electric guitar, heavy percussion, and metal vocal leads. ‘Never Change’ brings a raw intensity like nothing else heard on the EP previously and sets an exciting precedent for the EP’s last track.

Closing off the masterfully crafted offering, ‘Time Warp’ featuring Sami Chaouki brings home the vision of I Killed The Orchestra with an all-encompassing track. Carrying the same contagious energy throughout, ‘Time Warp’ evokes a feeling of reaching the end of a beautifully twisted journey.

‘It has always been a dream of mine to perform with an orchestra. While shows weren’t possible during the pandemic, we prepared a livestream with the FILMHarmonique Orchestra in Montreal and I absolutely wanted to have the orchestra perform new songs I was writing. I loved the result so I decided to shape my next EP around the recordings of that livestream. While doing this I wanted to resample those pure/beautiful recordings and almost destroy them into these dark songs I had written mid-pandemic. This led to the title ‘I Killed The Orchestra’. It’s a mixture of beauty and violence. That’s what Covid actually meant to me in a way.’

Apashe is an esteemed artist who has taken the electronic music landscape by storm throughout the last several years. His highly impressive, outstanding back-catalog has lent him once-in-a-lifetime opportunities to have his music featured via various syncs, such as ones for Apple TV and Space Jam 2, in addition to video games such as EA NHL 21 and Lost Ark.

His well-received 13-track Renaissance LP, released at the beginning of April of last year, went on to be an immense success and would lead the musician to release an eventual remix EP of the album.

Closing out the release of his ‘I Killed The Orchestra’ EP with ‘Witch’, Apashe once again shows new and old fans alike his undeniable musical expertise. With an impressive year already under his belt, the established talent continues to separate himself as a must-watch artist.