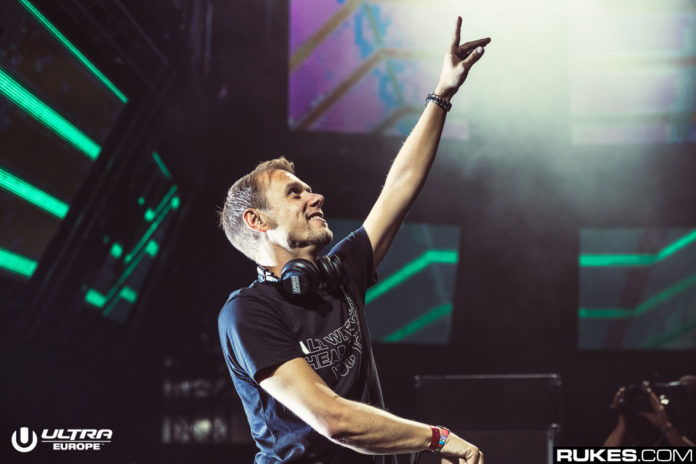 Trance legend Armin van Buuren has been a music making machine for the past few months.

Israeli producer Maor Levi has been active in the trance scene for quite a while now. Since his debut with ‘Lital’, Levi has journeyed across the Trance land and has released music under labels like Anjunabeats, Armind music, Xtra life records etc. He received constant support from the likes of Armin van Buuren, Gabriel and Dresden, Ferry Corsten and many others. Levi’s ‘In and Out of Love’ remix alongside Ilan Bluestone set the stage for this grand collaboration.

‘Divino’ was first premiered by Maor Levi in his DJ Mag Anjunabeats takeover set and was later played on the 1013th episode of A State of Trance radio. Give it a listen.

‘Divino’ is a perfect amalgamation of Armin van Buuren and Maor Levi. Sounds from both artists remain fairly dominant and blend together effortlessly. The melody is the true champion of this record. It takes the listeners back to the golden era of Trance music where melodies were often long and detailed with proper sound design. Those vocal chops compliment the break down section of the record very well. This club ready record will surely end up in Armin’s large arsenal of musical weapons that will be unleashed once the dance floor restrictions are lifted. This uplifting tune is nothing short of excellence and speaks volumes about the dedication of the producers involved.