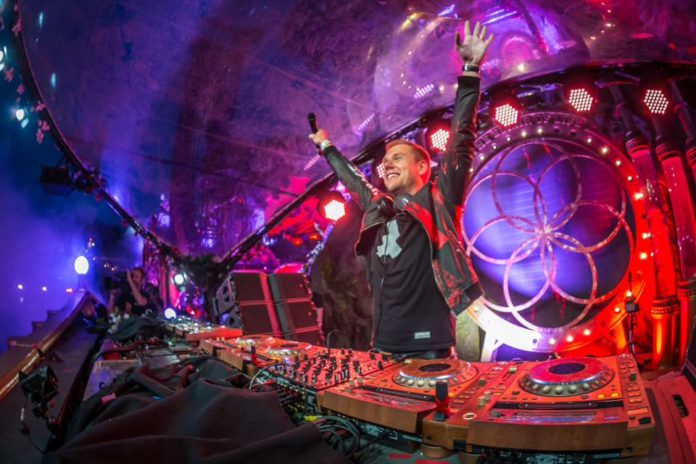 Armin van Buuren: “Naturally, most people know me as a Trance artist, but this is where my roots lie. This is the kind of music that shaped me as an artist. The weird thing is that a lot of young people don’t seem to know tracks like ‘Dominator’. This surprises me; how could you NOT know this record?”

‘Old Skool’ features Armin van Buuren’s versions of several big records from the early ‘1990s, including Human Resource – ‘Dominator’, The Ultimate Seduction – ‘The Ultimate Seduction’, and Speedy J – ‘Pull Over’. Each of these records thrilled crowds the world over prior to today’s release of the mini album. ‘Dominator’, for instance, made an enormous impact at Ultra Music Festival Miami, The Flying Dutch Amsterdam, Ultra Music Festival Korea, and EDC Las Vegas earlier this year. The song was also picked up by other big artists, including Dash Berlin, Hardwell, NERVO, Showtek, The Chainsmokers, and W&W.

Additionally, the tracks on the ‘Old Skool’ mini album are part of Armin van Buuren’s ongoing world tour: ‘Armin Only Embrace’. More dates and locations were added to the world tour last week, which is to touch down in Australia, Brazil, China, the Philippines, Israel and Taiwan in addition to the locations revealed earlier this year. ‘Armin Only Embrace’ will be the first ever solo show of a DJ in Mainland China. ‘Armin Only Embrace’ saw its world première in Amsterdam on May 6th and May 7th this year. A special 360° video was made of this show to celebrate today’s release of the ‘Old Skool’ mini album.