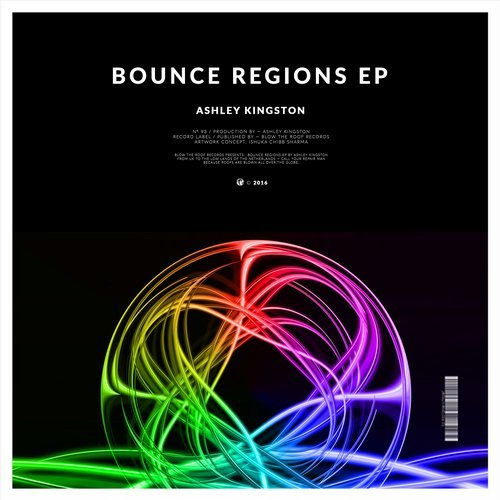 Released on the 23rd of August, 2016, Bounce Regions EP is the latest project from fast rising artist Ashley Kingston. The talented Northampton based DJ and producer is quickly becoming a name to watch within the Dance music scene, building his reputation with a growing list of top-notch productions and refined DJ sets.

Whilst being an A&R at Blow The Roof Records, Ashley Kingston has also contributed considerable material to their ever-growing catalogue, namely: Rerep EP, It Starts At Midnight EP and Cappadocia. His new EP Bounce Regions EP will be adding a Deep House masterpiece to his expanding stack of productions, offering four skilfully crafted tracks by the names of: Bounce Regions, Dressed Up To Get Messed Up, Rain Dance and Zefal. Once again Ashley Kingston has delivered the goods and Bounce Regions EP will certainly make its way into many DJ record collections worldwide.

Once again, Ashley Kingston has decided to renew his fruitful relationship with Blow The Roof Records, by signing his newest creation Bounce Regions EP to the UK based imprint. The brainchild of DJ and producer Dan York, Blow The Roof Records is rapidly establishing itself on the global Dance music map, working with an eclectic roster of over 200 international talents, including the likes of: Indiekai, Avensa, Harrier, Evan Summers, Oscar Jones, Mitch Page, Anix and Nosh and SJ to name a few. Ashley Kingstons Bounce Regions EP is seeking to add more weight to Blow The Roof Records hit streak this year, so keep an eye out for this exciting, fresh release.