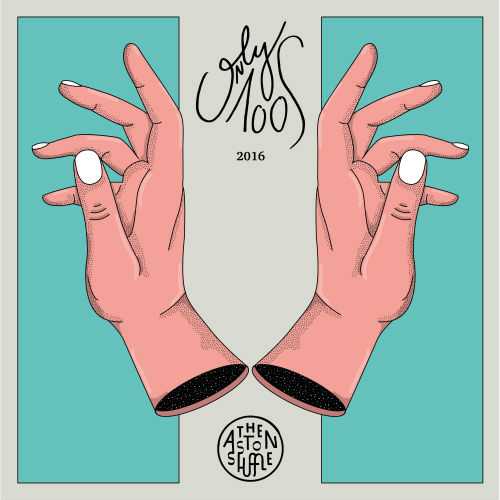 Vance Musgrove and Mikah Freeman, better known as the Australian bred duo The Aston Shuffle have had a terrific 2016, releasing 3 tracks via The Magician’s ‘Potion’ imprint, remixing everyone from Avicii to Elliphant, receiving praise and support from legends like Pete Tong and A-Trak, and touring across the globe.

Their project has grown considerably since their meeting in Canberra nearly a decade ago, as the two now host the most popular specialist dance music show Friday Night Shuffle on ABC’s ubiquitous triple j channel. With 2016 coming to a close, the duo have announced their brand new monthly mixtape series, Only 100s, set to feature the crème de la crème of electronic music at the end of each month.

Known for their impeccable abilities as selectors, The Aston Shuffle have frequently picked up on artist’s talents before the general crowd, having called on artists such as Flume and Rufus Du Sol to remix their tracks well before their worldwide success. Having toured everywhere from Perth to Paris, the two never miss a beat, and are exposed to an unbelievable variety of music each and every week. Only 100s is set to showcase their top picks each month from on-air, in clubs, and the road.

“It dawned on us recently just how much music we filter through every week for radio or our sets…it’s insane. Over time as a DJ you develop your own habits to streamline your workflow, and a while ago we started our own shared Dropbox folder titled ‘100s’ to shortlist our best of the best, our go-to weapons to prep for our live sets. That’s when it hit us – we need to be sharing this list with the world! ‘Only 100s’ was born.”

To celebrate the launch of the series, The Aston Shuffle have prepared an extra special mix, highlighting their top tracks from the whole of 2016, compiled from over 200 hours on air and in the clubs. Featuring massive anthems such as Tourist’s ‘Run’ and the stunning With You. remix of Dua Lipa’s ‘Be The One’, as well as the infamous summer smash ‘House Work’ by Jax Jones, the mix is perfect round up of 2016’s best in music. A must listen for those keen to enjoy some of the biggest hits and undiscovered gems of the year, the inaugural mix is available to stream exclusively on the duo’s Only 100s SoundCloud page.

The Aston Shuffle are filtering through thousands of tracks each month to find the highest quality tunes, so the rest of us don’t have to. For casual and serious music fans alike, Only 100s is your essential monthly dose of exceptional house music.