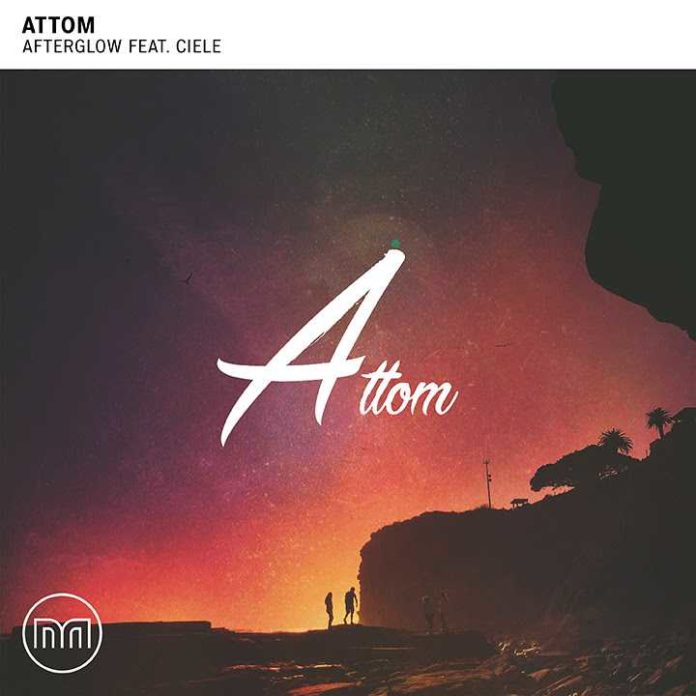 ‘Afterglow,’ the follow-up to ‘Better,’ is an emotive, melodic track with pulsing beats underpinning Ciele’s soft vocals, whilst twinkling sounds and percussive beats come together to create a catchy melody.

Kyle Stern – aka Attom – began working on his production skills whilst obtaining a degree at university. Since then his reputation has grown with the help of support from Mr Suicide Sheep. The popular Youtube channel picked up his first single ‘Glow’ and debuted ‘Cruise’ on the channel’s Seeking Blue Records. Attom’s self-released track ‘Her’ tailed over half a million plays and the follow-up single ‘Stay’ soared with over 300,00 plays in under one month. ‘Afterglow’ also follows the release of his remix of Charlie Puth – ‘We Don’t Talk Anymore’ feat. Selena Gomez, which was released earlier this summer on Warner Records and has already amassed over 2 million streams on Spotify.

‘Afterglow’ produced by Attom featuring Ciele is out now.