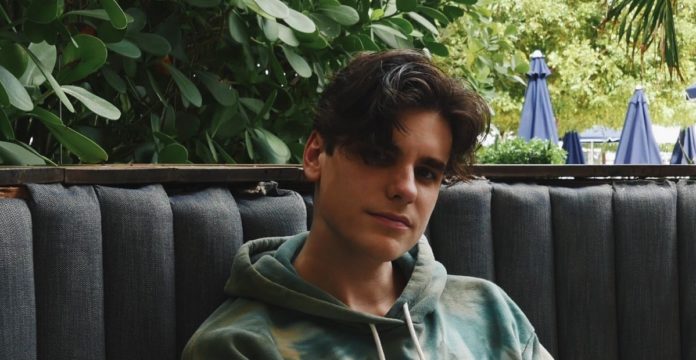 Not even six months after hitting #1 in Billboard’s Dance/Mix Show Airplay Chart alongside ARTY and Ellee Duke with ‘Craving’, exclusive Armada Music signee Audien is back releasing another straight-fire single with similar intentions.

The Grammy-nominated DJ and producer evidently knows what constitutes a record of pure class, and it’s all coming to fruition in this gorgeous new track of his: ‘Learn To Love Again’.

An anthem to conquering heartbreak, ‘Learn To Love Again’ is a song of personal relevance to the American DJ and producer. Decked out with empowering lyrics, honeyed vocals and the tantalizing melodies that typify every mind-blowing Audien creation, this gorgeous crossover single signals a chance to start anew and aim for a break in the clouds, all while wrapped in the pure instrumental bliss of Audien’s trademark sound.

Audien: “This one is really special to me, as the vocals and lyrics resonate with parts of my own life. Musically, I tried a lot of new and different things on this one, but I kept the signature sound that I’ve been honing over the years. Expect something really pretty and melodic with a whole lot of personality.”

Known for his production prowess and unique propensity for uplifting melodies, Grammy-nominated producer and songwriter Audien has established himself as a fixture in the dance community. Considered a staple in the progressive house genre, he garnered the support of industry veterans like Tiësto, Above & Beyond and Armin van Buuren through an array of quality productions, including his recent Billboard Dance Radio #1-charting collab with ARTY and Ellee Duke called ‘Craving’, collaborations with the likes of Lady Antebellum, MAX and Echosmith, and official remixes for Michael Jackson, Coldplay and Halsey. In 2014, Audien released his Grammy-nominated remix of Bastille’s ‘Pompeii’, which went on to become the most played track at Electric Daisy Carnival and Coachella, and one of the five most played tracks at Tomorrowland.

Music Akshay Bhanawat - January 24, 2022 0
Internationally renowned Austrian artist Parov Stelar is back on the release radar with his first official release of 2022, ‘Candy Girl’. The electro-infused swing...
ABOUT US
What started as an interest, slowly turned into a passion, and before we knew it, we had curated and founded a thriving community of avid electronic dance music lovers.
FOLLOW US
Our Partners
© Copyright 2021 - T.H.E Music Essentials