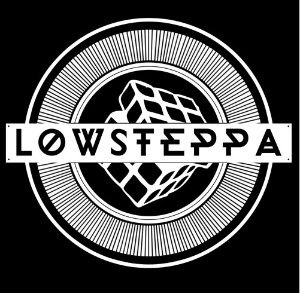 Birmingham-based DJ and producer Low Steppa has released an edit of Bizarre Inc’s ‘Playin With Knives’. The New Years gift to fans is available as a free download now.

Originally released in 1992, Low Steppa has given the classic house track ‘Playin With Knives’ a bass-driven twist with rumbling synths and looping vocals.

The edit comes shortly after the success of his original production ‘My House’ featuring Mr. V on his own label Simma Black. Over the course of 2016 Low Steppa released a plethora of EPs, collaborations and remixes out on the likes of Food Music, Defected sublabel DFTD and Armada Deep, all whilst continuing to hold down his monthly Friday night Rinse FM show. 2016 also saw Low Steppa playing some of the biggest and best events including Reading & Leeds Festival, London’s fabric, a Sankeys residency in Ibiza as well as dates in Berlin, Amsterdam, LA and New York.

He’s kicking of 2017 in a similar style; fresh from hosting his own night at Birmingham’s famed Rainbow Venues, he’ll be embarking on a US tour, even bringing a Simma Black label night to New York’s tastemaking Flash Factory. He’ll also be joining Wiley and DJ Zinc at Bassjam at the end of this month.

Editorials Akshay Bhanawat - January 21, 2021 0
In today's world in which globalization has blurred the lines between many countries and has made it easier for people to travel to a...

Music Akshay Bhanawat - January 21, 2021 0
Serving fans an upbeat slice of dancefloor pop, Vietnamese producer Hoaprox has teamed up with Singaporean singer-songwriter Haneri to deliver the new vibrant single,...
ABOUT US
What started as an interest, slowly turned into a passion, and before we knew it, we had curated and founded a thriving community of avid electronic dance music lovers.
FOLLOW US
© Copyright 2020 - T.H.E Music Essentials