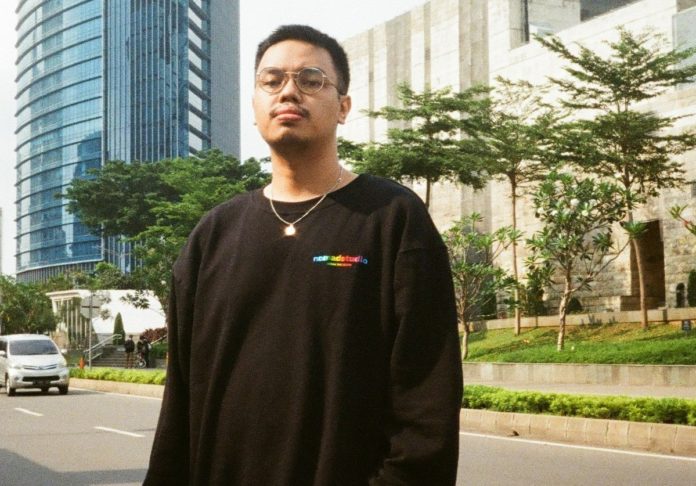 Bleu Clair reconnects with Jargen on their hypnotic house collab “Amani,” serving as the latest issue to come to light on Insomniac Records.

Jakarta-bred producer Bleu Clair was quick to shed the title of hometown hero to position himself as one of the most innovative minds that the modern-day house scene has to offer.

Right at the tipping point of when his profile started to explode, the Indonesian sensation brushed on insanity alongside his longtime friend and fellow local Jargen on a gut-busting house offering titled “Laughing Matter.”

Don’t be fooled by its title; the originality it brought to the table was no joke. With the Bleu Clair hysteria in full effect now, the two buzzing artists are ready to reconverge on a club-focused record that showcases an entirely new angle of their offbeat propensities.

“Amani” is miles apart from their previous encounter. Exchanging wonky low-end for an entrancing late-night rhythm, there’s a sophisticated sheen wrapped around this beguiling construction.

A driving percussive framework and pulsating basslines create a feverish shuffle that swells beneath the track’s ritualistic chanting, as the spell-binding groove grows stronger with each echoing incantation.

Eventually, the high-spirited number materializes into its final form with the addition of moody arps, surprising whistles, and quirky fills, all of which conclude into a marvelous house record packed with all the right pieces to keep the listener wrapped around its finger.

“Dani (Jargen) and I go long way back,” says Bleu Clair. “We’ve known each other for eight years and I was from always amazed by how well he produced music. A couple of months ago, he sent me a WIP with basses and drums only, and, at that time, I was working on a demo with an African vocal sample. It instantly crossed my mind that it would be a great to combine our ideas into one track. I worked on the track for a while, and we both agreed this should be a collaboration. We did a collab together back in 2019 and now I’m very excited to release another one with him this September.”

Originally cutting his teeth on the dubstep scene as one-half of the abimanyu duo, Jargen eventually answered the call beckoning him towards house music consequentially launching his current moniker.

His collab with Bleu Clair can be considered the catalyst for the big shift, seeing as how it was the first official single that he released to jumpstart the project. His follow-up release “Rhythm Poetry” drew support from PAX, Shiba San, Kyle Watson, Steve Darko, Phantoms, Wongo, and, naturally, the person responsible for signing it in the first place: Claude VonStroke.

On the other hand, Bleu Clair has continued to become a mainstay on the Insomniac catalog, after repeat appearances tracing all the way back to his earliest stint on its offshoot house imprint, IN / ROTATION, which dropped at the start of 2020.

In the time since then, he’s found his way onto collabs with Ytram (aka Martin Garrix), AC Slater, Matroda, as well as kicked down remixes for Tchami and Habstrakt.

His most recent release on the Insomniac proper, “Have Me All,” was an open invitation to flirt with an enticing, seductive shade of his ever-evolving sound. His determination to stay ahead of the curve has allowed the name Bleu Clair to settle into household status.

With their reunion on “Amani,” both Bleu Clair and Jargen peel back the layers to reveal another unexpected dimension, one that is unquestionably going to keep the dancefloor stuck in a sweat-covered daze.