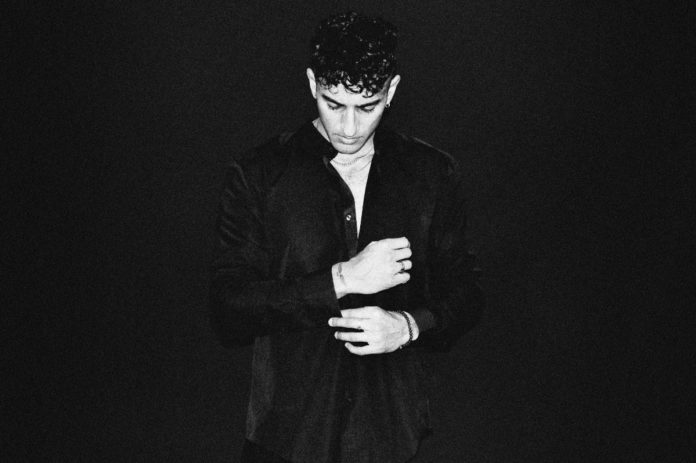 With a distinguishing sound of his own, and a profoundly underground production style, Los Angeles emerging artist BOMBAYS offers anything but the familiar.

His raw and authentic production style and aesthetic doesn’t waver. With each release, you’ll find yourself reading between the lines of his dance floor-adjacent cuts, and taking in the doom and gloom embedded into his signature sound. With the early stamp of approval from Sonny Fodera, and a release under his belt with Insomniac’s IN / ROTATION, BOMBAYS isn’t a newcomer to ignore.

Making his debut on Thrive Music, BOMBAYS shares his first single of 2021 “ALLURE.” The sultry house track has hypnotic vocals paired with a thudding bassline, perfect for the imminent late nights to come later this year. Aptly named, “ALLURE,” has a mysterious and sexy energy, a vibe which the producer has really honed in on since releasing his first track in 2019.

BOMBAYS first introduced himself with self-released singles “JOURNEY” and “SCORPIO,” which caught the attention of some of dance music’s most influential tastemakers. Shortly after, he unleashed his debut BELIEF EP via Insomniac’s house imprint IN / ROTATION in 2020, containing his hit single “MANTRA.” That same year, London-based house artist Sonny Fodera discovered his distinctive sound and signed his single “AMOR” to Solotoko, including the single on the label’s Solotoko Drops Vol. 2 compilation.

Despite his extraordinary debut, BOMBAYS’ career is just beginning. He enters 2021 with an arsenal of new music and a gritty, contemporary vision for his projects to come, beginning with “ALLURE” via Thrive Music. With diligent, inspired finesse, he’s poised to stand at the forefront of dance music’s new generation.

Keep an eye on BOMBAYS, as the artist has more forthcoming music in April on Thrive Music.