Borgeous continues his momentous year with an explosive new single unveiled as “Nobody.” Rewriting the script of his past, the producer’s musical transformation in 2019 can be best described as a full-speed locomotive.

Fresh off releases such as “Alcohol,” and his attention-grabbing “Lights Out” EP, the dance maestro maintains another change of pace with this unrelenting house heater. Locked and loaded for any dancefloor, you can expect Borgeous to remain the culprit to ignite any crowd.

In relation to the song, Borgeous shared: “For me, ‘Nobody’ was an opportunity for me to bring my sound to the underground. I was able to mix my love for hip-hop with bass and tech-house influences that are great for dance floors and festivals. It has already been very well-received when I’ve played it out in my sets, so I’m really excited to share it with the rest of my fans on December 6th.“

The platinum-selling producer and DJ has enjoyed incredible success since emerging, delivering his debut LP ‘13’ in 2016 (hitting Number 1 on iTunes) and following it up with remixes for the likes of Marshmello & Anne-Marie alongside massive solo cuts ‘Make Me Yours’ and ‘Famous.’

Music Akshay Bhanawat - January 19, 2020
0
When a young, prolific, ambitious and highly talented songwriter/producer with a multitude of internationally successful and acclaimed high profile releases under his belt decides...

Zonderling And NØ SIGNE Kick Off 2020 With Soaring New Single ‘Clouds’ On STMPD...

Music Akshay Bhanawat - January 19, 2020
0
Zonderling’s 2019 was one to remember - successfully pleased crowds across the world with releases on leading electronic music labels like Spinnin’, Armada, Hexagon...

Music Akshay Bhanawat - January 19, 2020
0
After the success of their latest singles “Faded” and “La Passion”, the multi-platinum selling DJ and producer Martin Jensen has teamed up with Stefy...

Music Akshay Bhanawat - January 19, 2020
0
Continuing to push boundaries in 2020, Apashe follows up his recent release ‘Distance’ with another single off his forthcoming Renaissance LP. Joining Apashe for... 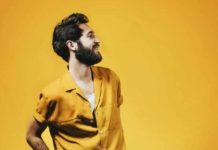 Inspired By Life On The Road, Broken Back Releases Coveted ‘Good Days’ LP

Music Akshay Bhanawat - January 19, 2020
0
Following the title track release comes Broken Back’s highly anticipated sophomore album ‘Good Days’. Drawing inspiration from his global tour and life on the...
ABOUT US
What started as an interest, slowly turned into a passion, and before we knew it, we had curated and founded a thriving community of avid electronic dance music lovers.
FOLLOW US
© Copyright 2020 - T.H.E Music Essentials