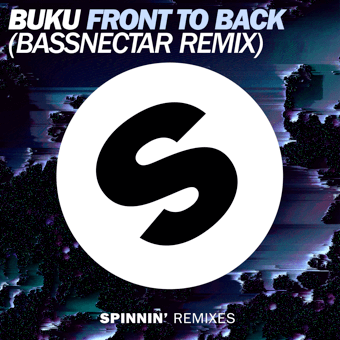 San Francisco-based artist Bassnectar doesn’t need too much of an introduction but we’ll give you one anyway.

Lorin Ashton has been active in music since the 90s despite initially being drawn to the visual arts as opposed to music.

No stranger to raves, Ashton quickly became drawn to the scene in the late 90s and hasn’t looked back since. At one point touring with Heavy Metal band Exhume as their bass player, Bassnectar has combined that influence with his love of electronic music.

This has led to several album releases since 2003 and he has also released 3 albums in the last 3 years alone.

His albums are always heavily anticipated and Bassnectar has given us a taste of things to come by releasing his first track of 2017 on Spinnin’ Records, a heavy hitting remix of Buku’s “Front to Back” that does not disappoint

Building on Buku’s original, the track starts off with a retro-sounding synth section that quickly escalates into a thumping bassline and kick drum with a dirty synth that smacks of his metal roots.

The track also has a slightly trap-influenced feel to it and is definitely one that will get heads banging on the dancefloor.

You can buy Buku – Front to Back (Bassnectar Remix) through a variety of platforms here.

The track can also be streamed on Soundcloud using the below link.