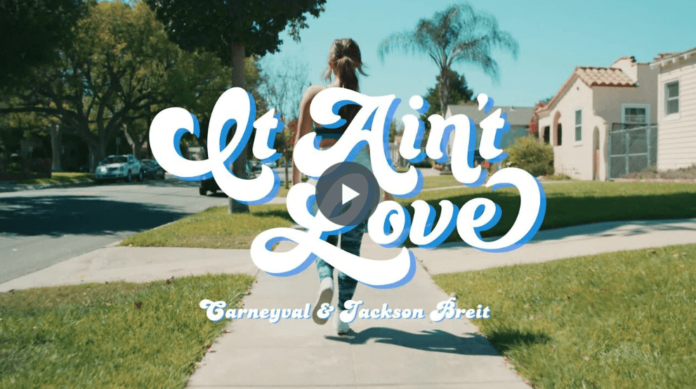 Recapturing the essence of their summer hit, “It Ain’t Love” saw the pair combine elements of funk and soul into a sonic package whose highlights include the mesmerizing vocals and trumpet of Jackson Breit and an upbeat rhythmic production provided by Careneyval.

Signed by Gramatik for his label Lowtemp, “It Ain’t Love” is now receiving the visual treatment with an official music video. Directed by Jason Leibsla, choreographed by Mason Cutler, and performed by Lena Drake, the “It Ain’t Love” music video embodies the invigorating spirit of the production as the viewer follows Drake as she dances through the streets of LA.

“It Ain’t Love” is about the hustle and struggles that come along with pursuing your dreams, particularly in the entertainment industry. The song conveys the message that doing what you love is not enough to gain success in your field. It is the continuous grind and ability to ride the wave of highs and lows that define your career.”
-Jackson Breit

For those unfamiliar with LA-based musician Carneyval in 2016, year highlights have included Hype Machine chart topping remixes of Coldplay and Kendrick Lamar, collaborations with Russ Liquid, opening slots for the likes of Big Gigantic, The Floozies, and Freddy Todd.