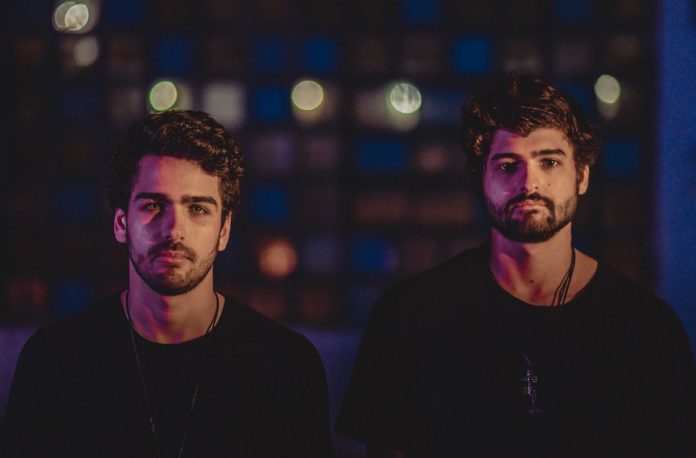 Characterised by euphoric sirens and a mammoth drop, the Cat Dealers remix of ‘I Want Love’ is a big room club weapon that loses none of the raw emotion that makes the original so special. A certified hit, ‘I Want Love’ debuted at #198 on the ‘US Spotify Daily’ Chart and has racked up 4.5 million Spotify streams since its February release.

Gryffin made his breakthrough in 2016 with two singles showcasing his melodic take on dance music: ‘Heading Home’ ft. Josef Salvat (which shot to #1 on the Spotify US and Global Viral charts) and the Bipolar Sunshine collaboration ‘Whole Heart’. In addition, his 2017 smash single ‘Feel Good’ — with Illenium and Daya — peaked at #18 on the Dance/Mix Show Airplay charts. More recently he has collaborated with pop icon Carly Rae Jepsen on ‘OMG’ and young Swedish talent Maia Wright on 2019 smash ‘Body Back’, both singles that featured on his acclaimed debut album Gravity.

Hailing from Brooklyn, Two Feet shot to fame after single ‘Go Fuck Yourself’ became a viral hit on SoundCloud. His next single ‘I Feel Like I’m Drowning’ reached #1 on the US Alternative Songs chart and became platinum-certified, with Two Feet dropping two albums in the years since.

Made up of Brazilian brothers Lugui and Pedrão, Cat Dealers are one of the biggest names in the international electronic scene, reaching #48 in the 2018 DJ Mag ‘Top 100’ and amassing hundreds of millions of streams across their sprawling back catalogue. They kicked off the new year with ‘Scars’, a collaborative single with newcomer HAVENN.

The Cat Dealers remix of ‘I Want Love’ turns the anthemic track into even more of a dancefloor weapon.